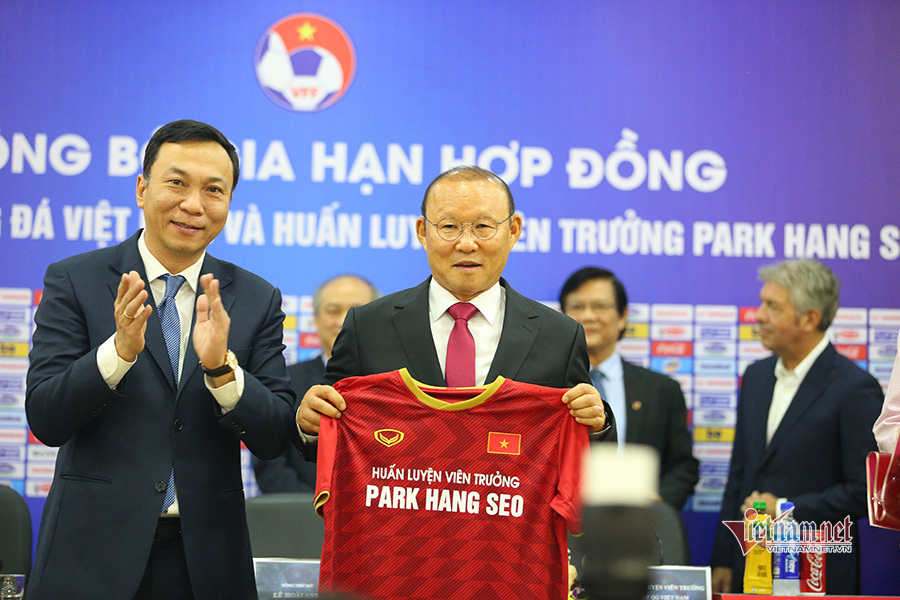 After a successful tournament, the contract between Coach Park Hang Seo and VFF once has once again heated up, especially when the Korean strategist has just brought Vietnam to the third qualifying round of the 2022 World Cup.

With what Park has done for Vietnam’s football, it is obvious that his position has been heightened. Park could receive a lot of invitations from other countries and teams with attractive offers.

Meanwhile, the contract between the South Korean captain with Vietnam’s football is entering the final stage after the latest renewal in 2019. The information about the future of Park has caught special attention from Vietnamese fans, and has raised worries as well.

The contract between Park and VFF will expire in January 2022. Under the provisions of the contracts and the FIFA rules, the two parties can sit together six months before the expiry date to discuss whether to extend the contract or terminate it.

If looking at what Coach Park Hang Seo is doing, and has obtained so far, one would say that the possibility of the South Korean strategist leaving Vietnam after the second contract is low.

The captain feels happy in the ‘second homeland’ and has reaped countless successes and obtained respect from fans.

Because of this, obtaining Park’s nod to stay in Vietnam after the second contract expires proves to be feasible.

However, in order to obtain the nod, VFF will have to do many things to convince the South Korean trainers, and top priority needs to be given to the plan and goals for Vietnam’s football in the next several years.

In principle, bigger goals and unchanged salary won’t be able to retain the South Korean strategist amid the invitations from many other countries.

However, this might be different for Coach Park Hang Seo. At this moment, the top priority for the South Korean captain is to do something for Vietnam’s football in a more impressive way.

A clear and specific plan for the Vietnam’s national squad to attend World Cup 2026, for example, and giving full power to the South Korean coach, may be enough to lure Park.

Not only Park, but every coach sets higher goals for himself after he has obtained something. Therefore, what VFF needs to do is set plans and goals, and get to work to implement the plans seriously.