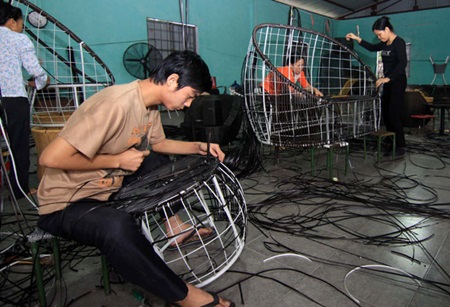 The agreement was reached during the third annual high-level economic dialogue chaired by Deputy Minister of Planning and Investment (MPI) Nguyen Chi Dung and Matthias Fekl, Minister of State for Foreign Trade, Promotion of Tourism and French Nationals Abroad, in Ha Noi on Wednesday.

The two sides reaffirmed the significance of the annual economic dialogue in implementing the bilateral strategic partnership struck in September 2013.

Both sides extended support for fair and transparent trade exchanges. Viet Nam suggested that France should help speed up the European Union's (EU's) approval of the framework Partnership and Cooperation Agreement with Viet Nam, as well as help conclude negotiations for the Viet Nam-EU free trade agreement in 2015.

Meanwhile, they also highlighted that French projects in Viet Nam, especially in science and technology and aerospace sectors, were evidence of the joint efforts made to enhance cooperation and investment affiliation.

France had assisted Viet Nam through preferential and export sponsorship, while sharing its experience in building legal frameworks for public-private partnerships and providing official development assistance to Viet Nam.

This focus was evidenced in a number of French projects in Viet Nam; including a 20 million Euro ($21.2 million) Support Programme to Respond to Climate Change in Viet Nam and a 19.5 million Euro ($20.7 million) general hospital project in the Cuu Long (Mekong) Delta city of Can Tho.

French firms and research institutions are also eager to work with Viet Nam in the science research, healthcare and education sectors.

According to MPI Deputy Minister Dung, opportunities for French businesses in Viet Nam were plentiful, as Viet Nam had a number of advantages in terms of investment environment, reformed institutions and policies, coupled with low-cost labour and a competitive infrastructure system.