China has surpassed South Korea and Japan to become the biggest foreign investor in Vietnam. The Ministry of Planning and Investment (MPI) reported that Chinese committed $2 billion worth of capital in total, including $1.56 billion for newly registered projects, an increase of 450 percent compared with the $280 million in the same period last year. 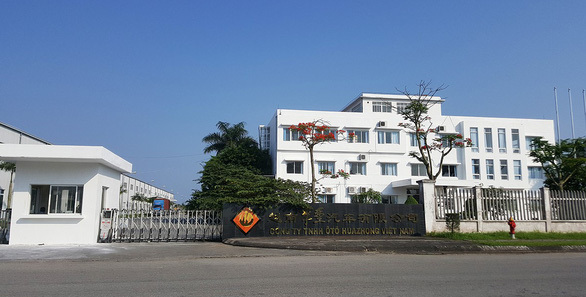 John Campbell from Savills Vietnam said many people predicted that China would become the leading industrial investor in Vietnam soon.

To avoid negative impact from the US-China trade war, many foreign invested enterprises in China have left the market. Chinese enterprises have also taken the same move to avoid US taxation. They leave for Vietnam because the country is near, can provide low-cost labor force and has business culture similarities.

The surprise is that Vietnam has been told to be cautious when receiving capital from China amid the trade war.

“We need to be cautious because risks always exist in concentrated business. This year, because of the trade war, the investments from China increased. But the situation may reverse one day, when foreign investors, because of changes in their business strategies, or a global economic crisis, may withdraw capital from emerging markets, including Vietnam,” said Nguyen Tri Hieu, a finance expert.

An economy with sustainable development will see FDI increasing year after year, not depending on the massive development of FDI enterprises at certain moments.

The Trump administration warned that it will get even with countries which have surplus in trade with the US.

Hieu said that Chinese rush to register investment in Vietnam because they want to make products in Vietnam for export to the US, or ‘borrow’ the Vietnamese origin to export Chinese goods to the US.

Therefore, Vietnam needs to be calm to select foreign projects. “We should not accept all the projects registered by investors. It is necessary to pursue a wise strategy on attracting FDI with reasonable criteria,” Hieu said.

Meanwhile, a businessman in Hanoi, who asked to be anonymous, said he sees more risks than opportunities in Chinese capital.

Export companies will also bear pressure when Chinese goods flock to Vietnam together with Chinese investments and then go to markets that Vietnam is doing business with. This means that Chinese and Vietnamese will compete with each other in the same markets.