He said the performance of the global and Vietnam economy this year depends on the control of the Covid-19 epidemic. 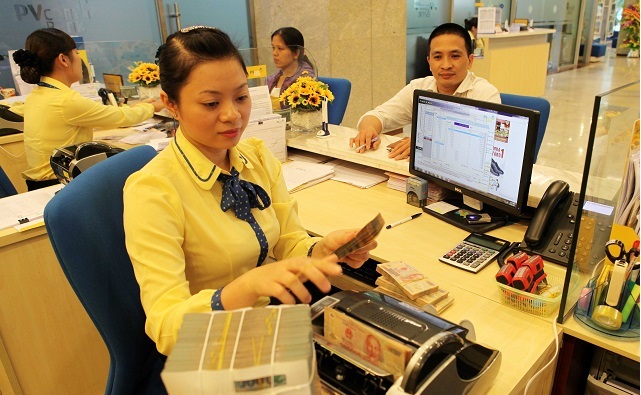 If the epidemic can be controlled in February or March, the global economy, including China and Vietnam, will recover soon. But if the epidemic continues to develop, its consequences will be immeasurable.

Hieu believes that it is necessary to apply a loose monetary policy this year to support economic development. Vietnam’s economy is also influenced by other crises, including the US-China trade war, the political situation in the Middle East, and Brexit.

To support the economy amid Covid-19, Thailand has lowered its interest rate to a record low. The Philippines, Indonesia and other countries have stated they are ready to adjust policies if necessary.

Some experts believe that SBV also needs to take action by slashing the interest rate and launching bailout packages.

However, other experts warned that the loosening of the monetary policy may pose risks.

Dau Tu commented that the pumping of money into circulation won’t help settle difficulties, including the decrease in number of travelers, farm exports and the lack of input materials.

Meanwhile, the structure of Vietnam’s economy has changed in recent years and the reliance of economic development on money supply has lessened. This explains why credit growth has slowed down, but GDP still can grow well.

Globally, though the trend of loosening monetary policies is continuing in some countries, but the trend is getting weaker. The US FED has said that it won’t cut the interest rate further, but will keep it stable.

Despite the Covid-19 outbreak, the governor of the Japanese central bank in early February said it is still too early to apply loosening measures.

Meanwhile, China has stated that it will stop the epidemic in Q1. In Vietnam, the epidemic is being controlled well and the government still has not adjusted growth goals. So the loosening of the monetary policy is not urgent for now.

The biggest concern is that the loosening of the monetary policy would lead to high inflation.

Vu Bang, a member of the Prime Minister’s Economic Advisory Board, thinks that Vietnam should ‘loosen the monetary policy in a cautious way’.

“The credit growth rate of 13-15 percent is reasonable for this year, while the credit growth limits could be extended for A-class banks or the banks meeting Basel II standards,” Bang said.

Vietnam’s central bank has asked commercial banks to promptly adopt measures to support their customers in the wake of the coronavirus outbreak, including rescheduling repayments and revising down interest rates.