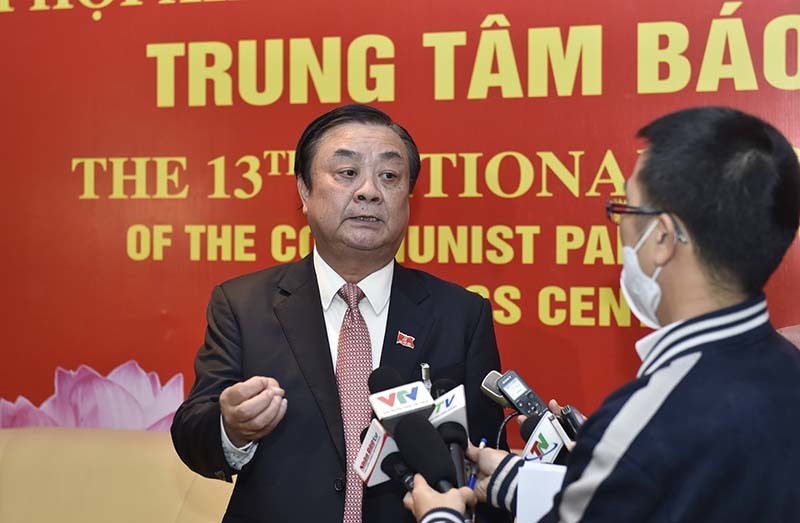 According to the Ministry of Agriculture and Rural Development (MARD), the farm produce processing industry in Vietnam has been developing rapidly thanks to the application of high technology, thus helping increase the added value of farm produce.

The production and business organization in agriculture has become more suited to the market economy and large-scale production. Many new-generation cooperatives and farms have been set up and are running well.

Agriculture firms have been developing rapidly with increasingly large scale. To date, Vietnam has 7,500 facilities that process farm produce in industrial scale for export.

“They (large economic groups) understand that agriculture is not the sector which can bring profits immediately, and there are many risks. However, they want to invest in agriculture not just to make money, but also to try to give a push to agricultural production, thus helping change the image of Vietnam’s agriculture,” he said.

According to Hoang, this is the biggest value of the investment of the private sector in agriculture. The enterprises help create competitiveness for Vietnam’s farm produce and conquer the global farm produce market.

He stressed that it is necessary to respect the contribution of large enterprises which invest in agriculture, acting as ‘eagles’ that lead the sector. However, Vietnam also needs small ‘sparrows’ – local small enterprises and cooperatives – which can create high value if they work together.

Innovation and startup programs in agriculture will be prioritized in the time to come. The enterprises and young people returning to rural areas from large cities bringing knowledge and modern technology will have opportunities to start businesses in many segments of agriculture, from product classification and preservation to distribution to e-commerce.

According to Hoan, once there are many small agricultural enterprises, the big investors making investment will cooperate with the enterprises to create ecosystems.

“Investors should work together rather than going alone,” he said.

“This should be seen as the solution to change small-scale agricultural production,” he said, adding that what Son La, Dong Thap, Gia Lai and Kon Tum have done shows the importance of cooperatives and collective economy.

The cooperative movement is expected to develop in a stronger and more sustainable way, acting as the leverage to connect small-scale production households, activate farmers’ cooperation chains, and create links among farmers, between cooperatives and enterprises.

“Our story is cooperation and connection. In order to do this, it is necessary to define the market because the market will determine the production, scale and technical standards."

However, Hoan said in order to have professional agriculture, there must be professional farmers. The agriculture ministry will join forces with the Farmers’ Association and agencies to apply a foreign model, i.e., farmers will have to have licenses for agricultural production, and agriculture will be an occupation.

It is commonly thought that those who do well at school will be sent to universities in large cities, while those who are weak at learning will become farmers. With this viewpoint, agriculture won’t be able to develop.

“It is necessary to professionalize farmers,” Hoan said.

Cooperation between businesses and farmers plays a key role in the agriculture sector's sustainable development.