“Watch out for lower ticket sales this Tet,” Xuan, an experienced booking agent in Hanoi warned her colleagues in a chat group. 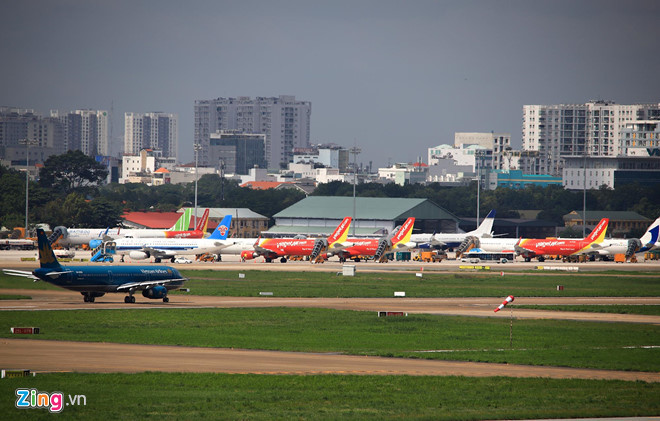 Some members of the chat group thought Xuan exaggerated the problems. However, they later realized that she had reasons to give the warning.

As Bamboo Airways has joined the market, passengers now have more choices for flights, while aviation market share has been restructured.

A report from the Civil Aviation Authority of Vietnam (CAAV) shows that by June, the market share held by Vietnam Airlines Group (Vietnam Airlines, Jetstar and Vasco) was 51 percent, a 5 percent decrease from 2018.

Vietjet’s market share also shrunk from 44 percent in 2018 to 41.3 percent. Meanwhile, the newcomer obtained 7 percent of market share after half a year of flying.

Experts confirmed that with the presence of a new airline, passengers are not concerned about air ticket shortage, especially tickets for routes from HCMC to Hanoi, Da Nang, Vinh, Dong Hoi and Quy Nhon.

So, airlines will have to lower the airfare to compete with others in the market.

In 2018, Vietnam Airlines set airfares far higher than other airlines. But in 2019, the air carrier changed its policy, offering flexible airfares equal to that of Vietjet, Jetstar and Bamboo Airways.

“That explains why instead of choosing low-cost carriers, many passengers would rather book tickets early with Vietnam Airlines,” Xuan said.

Hoa, director of a media company in district 7, HCMC, commented that there are more choices for tickets than in previous years if people want to book tickets early.

“Although I booked tickets a few days earlier than last year for the flight from HCMC to Chu Lai (January 21), Da Nang – HCMC January 30), I could get a discount of VND8 million,” she said.

“Passengers can get satisfactory choices, but booking agents are also becoming more ‘pampered’ by airlines,” he commented.

In previous years, air carriers only began selling tickets for flights for Tet in mid-September. This year, they launched the sale campaign one month earlier. Vietjet Air, for example, began selling Tet tickets on August 15.

According to Vietnam Airlines, the carrier, together with Jetstar Pacific and Vasco, will launch 2 million tickets for domestic flights for Tet days, an increase of 250,000 seats compared with the same period last year.

Vietnam Airlines has announced a plan to launch two new air routes from October 27 connecting HCM City with two of the region’s most famous tourist destinations, Bali in Indonesia, and Phuket in Thailand.