The State Capital Management Committee at Enterprises (SCMC) has asked the state to lend VND12 trillion to Vietnam Airlines for at least three years to help it survive the pandemic.

SCMC said the national flag air carrier has suffered heavily and needs additional cash flow to overcome the crisis. The disbursement would begin in April with the interest rate of zero percent. 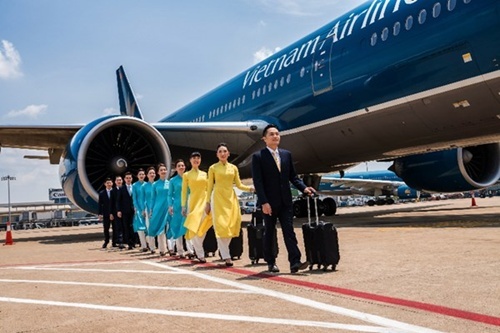 The proposal has surprised economists and National Assembly’s deputies who say they cannot find any reason for the State to give such special financial support to Vietnam Airlines.

Nguyen Thien Tong, a well known aviation expert, said the epidemic has caused negative impact on the entire economy and all business fields, including the aviation sector.

Tong stressed that the State needs to give support in a transparent and fair way, and that it must not favor state-owned enterprises (SOEs) and ignore private enterprises, which also make a great contribution to economic development.

He went on to say that it is necessary to clarify the basis of the proposal to provide VND12 trillion preferential loan to Vietnam Airlines.

“Why exactly VND12 trillion, not a higher or lower figure? What is the principle for the support to the aviation sector and what is the difference in the support between the aviation and other business fields? Is there any discriminatory treatment between SOEs and private enterprises?”

In general, SOEs have bigger advantages than private enterprises. If Vietnam Airlines can borrow VND12 trillion at the preferential interest rate, the enterprise would have better resources to cover expenses, or it would be able to lower the airfares. If so, this would put private airlines at a disadvantage.

Agreeing that the policies to support enterprises must ensure fairness, Le Cong Nhuong, a National Assembly’s deputy from Binh Dinh province, stressed that enterprises, both state owned and private, need to be on the same playing field of the economy.

“SCMC has asked for big support for Vietnam Airlines. How about other enterprises?” he questioned.

Nhuong stressed that Vietnam Airlines, as an SOE, has been receiving more preferences from the State than other private enterprises. Vietnam Airlines has a very strong brand which has been built up for many years. It has many subsidiaries that support the major business fields.

Some days ago, local newspapers quoted Nguyen Dinh Cung, a respected economist, as saying that SOEs should stop complaining about losses and difficulties.