Vietnam banks compete for licenses to operate in Myanmar

VietNamNet Bridge – The Bank for Investment and Development of Vietnam (BIDV) is the only Vietnamese bank of 25 foreign banks that have an opportunity to received one of 10 licenses in Myanmar.

VietNamNet Bridge – The Bank for Investment and Development of Vietnam (BIDV) is the only Vietnamese bank of 25 foreign banks that have an opportunity to received one of 10 licenses in Myanmar. 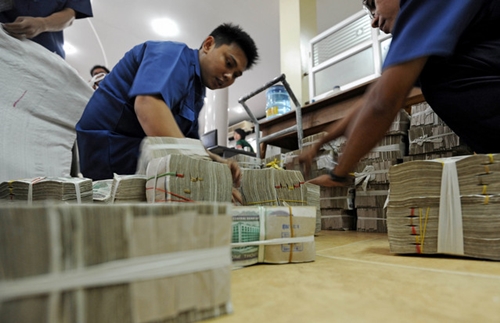 Myanmar poised to have its first foreign banks in decades. Photo: Bloomberg

The Central Bank of Myanmar has announced a list of 25 banks for the next round, of the 30 banks that have applied for a business license. These banks will continue to compete for the final 10 licenses. The winners will be announced next month.

"The Licensing Committee will evaluate each profile based on detailed quantitative and qualitative criteria. We will analyze their development plans to choose the appropriate names," Myanmar Times quoted the press release from Myanmar Central Bank.

This is the first time in many decades that foreign banks have been allowed to do business in Myanmar. Of the 25 competitors, there are many big names, such as ANZ (Australia), ICBC (China) and three of Japan's largest banks, Mizuho, Mitsubishi, Sumitomo Mitsui.

However, in order to protect domestic banks, foreign banks will be restricted to provide foreign exchange services and services for foreign companies only, a source said.

They will also be able to open one branch, and will not be allowed to engage in retail banking. They can only lend in foreign currencies.

"We are trying to avoid a fierce competitive environment for domestic banks," said Set Aung, deputy governor of the central bank was quoted as saying in the Wall Street Journal.