Official financial reports have not been released, but banks are sure that their profits in 2019 will be higher than the targeted levels. 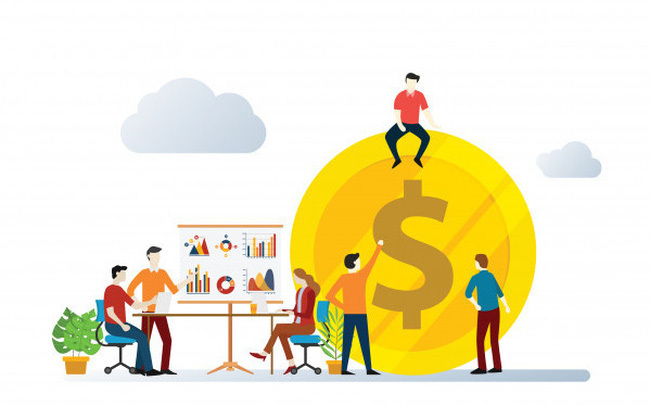 Sacombank said its pre-tax profit in 2019 is estimated at VND3.2 trillion, or 20 percent higher than the level committed by the management board at the shareholders’ meeting.

Its total assets are estimated at VND457 trillion and the capital mobilized from institutions and the public is VND413 trillion. The good news is that the bad debt ratio has decreased to 1.75 percent.

In fact, the good business result is foreseeable when the bank reported the pre-tax profit of VND2.491 trillion for the first 9 months of the year. This means that it could implement 94 percent of the year’s business plan after the first three quarters.

As for Agribank, the bank had fulfilled the year’s business plan by the end of October, when it reported profit of VND10.35 trillion, higher than the target of VND10 trillion.

VietinBank, another bank in the ‘big four’, has also revealed satisfactory business results. The bank’s president Le Duc Tho, at the recent meeting with MUFG Bank, its strategic shareholder, affirmed that the bank’s profit would be higher than the figure approved by the shareholders’ meeting.

VietinBank earlier this year set the goal of obtaining pre-tax profit of VND9.5 trillion, including VND9 trillion for the holding bank. Its pre-tax profit in the first nine months of the year was VND8.4 trillion.

Mid-tier banks have also reported record high profits. ABBank has estimated the 30 percent growth rate in 2019 compared with the previous year. The targeted profit of VND1.22 trillion is within reach. As of the end of November, its pre-tax profit had reached VND1.107 trillion and its total assets VND94.259 trillion.

BIDV and VietinBank, two of the big four, still have not revealed figures about profit, but their performance in 2019 has been very good. Prior to that, managers of Vietcombank mentioned the possibility of obtaining profits higher than planned.

However, Moody’s has downgraded the credit outlook for 18 Vietnamese banks to negative.

Can Van Luc, chief economist of BIDV, said not only banks, but all enterprises considered by Moody’s, have seen their outlook degraded. In principle, the credit ratings for businesses must not be higher than the nation’s credit rating.