Vietnam’s domestic aviation market is recovering at the fastest pace in the world with a growth rate of 123 percent compared to the same period of 2019, before the COVID-19 pandemic broke out. 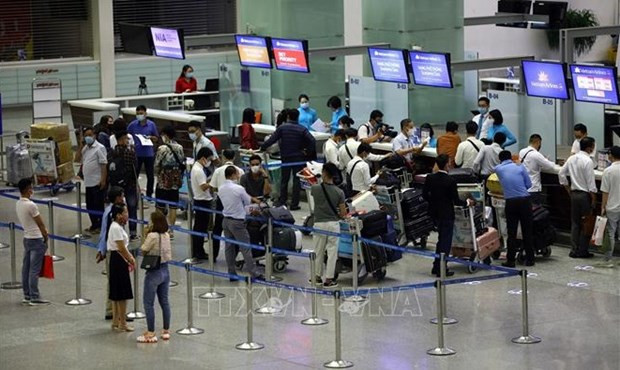 Passengers wait to handle boarding procedures at an airport of Vietnam. (Photo: VNA)

This was revealed in an analysis by Airbus and the International Air Transport Association (IATA) using statistics about the flight numbers from Flightdatar24 and Airbus.

Dinh Viet Thang, Director of the Civil Aviation Authority of Vietnam (CAAV), said domestic flights have enjoyed breakthroughs in terms of both passenger and cargo traffic in the first half of 2022.

The CAAV forecast airports nationwide will serve about 87.8 million passengers this year, jumping 190 percent from 2021. The numbers of foreign and domestic passengers are expected at some 5 million and 82.8 million, up 844 percent and 178.4 percent, respectively.

Thang expressed his hope that with such growth, the entire aviation market of Vietnam will soon return to pre-pandemic levels./.
Source: VNA