VietNamNet Bridge – Vietnamese exporters have been trying to squeeze into foreign markets by exporting unseasonable fruits to avoid other redoubtable rivals.

VietNamNet Bridge – Vietnamese exporters have been trying to squeeze into foreign markets by exporting unseasonable fruits to avoid other redoubtable rivals. 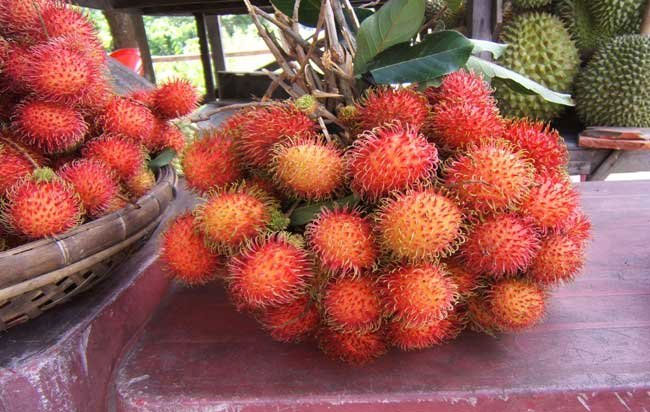 New Zealand has allowed Vietnamese mangos to enter the market since 2012. A ton of mango was shipped to the market earlier this year from the Rong Do Company.

The exports were the Australian mango variety grown in Vietnam. Vietnamese sweet Chu and Hoa Loc mango, though being considered more delicious, have higher prices and do not fit the New Zealand consumers’ taste. Therefore, Rong Do believes that it would be more profitable to grow Australian mango for export.

In principle, Vietnamese have been trying to export unseasonable fruits, because they don’t want to compete directly with other big fruit exporters. In case of mango, the mango harvesting times in Australia and Vietnam are different, which allows Vietnamese exporters to sell Australian mango in New Zealand market.

Meanwhile, Vietnam would not be able to bring mango to New Zealand at the same time when Australian collect mango. Australian exporters would have bigger advantages in exporting mango to the market.

They have to pay lower for the transport cost thanks to the closer geographical distance, according to Rong Do’s General Director Mai Xuan Thin.

As for rambutan, the US Department of Agriculture has allowed Vietnam to export its rambutan to the market since 2011, when it began granting codes to certify the growing areas that meet the standards.

However, Vietnamese exporters understand that Vietnam’s rambutan would be uncompetitive with the rambutan the US imports from Thailand, Indonesia, or Mexico and Guatemala which can export fresh products at low prices thanks to the closer geographical distance.

The only way to bring rambutan to the US market is to export unseasonable fruits. The rambutan exports have been stabilized so far, about 300 tons per annum.

How is the future of Vietnamese fruits?

Dr. Nguyen Huu Dat, a senior official of the Plantation Protection Agency, when asked about the possibility of boosting the export, said it’s difficult for Vietnam to make a breakthrough in exporting fruits, if it does not follow a reasonable long term development strategy.

The story about Thailand has been cited as a lesson for Vietnam to learn.

Thailand was a strong rival for Vietnam which exported 500 tons of rambutan to the US market every year. However, as it was defeated by South American exporters, it had to change its strategy and export unseasonal rambutan. The country’s exports have been stagnant for the last several years since the day it suffered from the serious natural calamity.

Tran Ngoc Hiep, Chair of Hoang Hau Dragon Fruit Company Ltd, one of the biggest dragon fruit exporters to the EU, said dragon fruits have to undergo a very strict pesticide residue examination. The enterprise can export 3-5 containers a week only to the EU market.

Dat noted that Vietnamese fruit exports have been sold mostly to Viet Kieu (overseas Vietnamese) or Asian people. Therefore, the market would get saturated once the export volume reaches a certain threshold.