Since introducingmarket-oriented policies underits Doi Moi (renovation or reform) programme in the 1980s,Vietnam’s economic growth has been among the fastest in the world – and FDI hasplayed a large part in that by attracting investment in a variety of sectors,it said.

A total of 112countries and territories invested in the country in 2018, with Japan leading the way with 8.59 billionUSD – followed by the Republic of Korea (7.2 billion USD) and Singapore (5billion USD0).

The country’s Foreign Investment Agency (FIA) last month announced that a totalof 14.22 billion USD in FDI has been disbursed so far this year – a 7.3 percentyear-on-year increase – and 2,759 new projects with a total commitment of 10.97billion USD have been approved.

He paid special attention to the Vietnamese government’s efforts tobolster infrastructure at key economic and industrial zones such as the northernport city of Hai Phong.

Vietnam began establishing special economic zones (SEZs) to attractlabour-intensive manufacturing in the late 1990s and 2000s, and between 60 to70 percent of all FDIs are in these SEZs.

Drawn to Vietnam by its competitive costs, low wages and developedinfrastructure, investors have another reason to stay when they find out aboutthe tax incentives which are applied to a variety of industries and projectsthroughout the country.

“Foreign investors, particularly those involved in slightly higher value-addproduction, should be able to use incentives… to position themselves ahead oftheir competitors in the years ahead,” added Das.

While labour costs may be comparatively lower in Vietnam, the country hasemphasised the importance of developing skilled labour as a key factor inencouraging FDI – while also encouraging innovation and increased use of newtechnologies.

Although Vietnam’s labour productivity has improved over the past decade, it isstill low in comparison with other ASEAN members – making this arguably thecountry’s biggest challenge in maintaining its status as a regional investmenthub./.VNA

An ASEAN ministerial meeting in Manila, the Philippines, has agreed that five ASEAN nations – Indonesia, Malaysia, Singapore, Thailand and Vietnam – will launch a joint bid to host the 2034 FIFA World Cup.

Vietnam is leading ASEAN in terms of the percentage of working women in total employment, according to a report by the ADB and OECD. 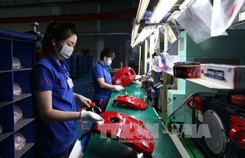 More than 200 domestic and international exhibitors will participate in a coffee, food and beverage exhibition called Vietnam International Café Show 2022 from July 21 - 23 at Sai Gon International Exhibition and Convention Center in HCM City.

Mutya Johanna Datul, Miss Supranational 2013, will be the guest of honour at the first Miss Vietnam Sea and Islands 2022 beauty pageant, which is scheduled to take place in October in the northern province of Quang Ninh. 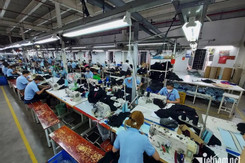 Many business fields have been witnessing a rapid recovery after the Covid-19 outbreak. However, difficulties are ahead as they lack capital and petrol prices are escalating.