A report about foreign investment in HCMC City showed an increase in the number of cases of foreign investors buying into Vietnam’s enterprises. The figure accounts for more than 50 percent of total M&A transactions of the country and is five times higher than FDI projects. 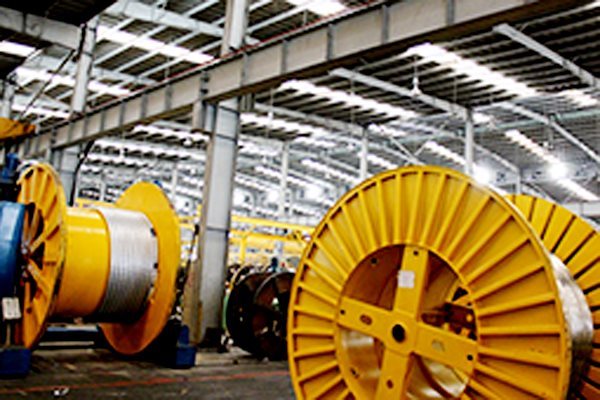 ThiPha Cable announced on its official website that since April, the company has merged with Thailand-based Stark Corporation Public Company Limited and Phelps Dodge International.

Prior to that, the deal of taking over ThiPha Cable and Dovina by Stark Group from Thailand was reported by DealstreetAsia, and the news immediately caught special attention from investors.

The attention is attributed not only to the high value of the deal, worth hundreds of million of dollars, but also to the fact that ThiPha Cable is a large private industrial producer in HCM City and one of Vietnam’s biggest electric wire and cable manufacturers.

With the takeover deal, the Thai investor has quickly entered the Vietnamese market.

The 33 year old ThiPha Cable is the main supplier of electric wire and cable to the national electricity transmission network. It is the partner of large-scale electricity network improvement programs in large cities and power projects in urban areas.

The Thai investor would have a firm foundation to implement business activities in Vietnam.

ThiPha Cable is the latest name in a long list of HCMC’s businesses which have been acquired by foreign investors. Analysts see a growing tendency of foreign players taking over Vietnam’s businesses to realize their ambitious business plans here.

According to the HCMC Statistics Office, the city had licensed 369 FDI projects as of April 20 with total registered capital of $200 million. Meanwhile, the city witnessed 1,707 cases of foreign investors buying into HCM City’s enterprises in deals worth $1 billion. This means that the number of FDI projects registered was just 1/5 of number of capital contribution and share purchase deals.

Instead of registering new projects which require complicated procedures, investors would rather spend money to take over existing businesses. This not only allows them to save time, but also to take full advantage of existing customers, supply chains and labor force, and understand the market and legal climate.

The massive foreign investment in HCMC under the M&A mode is also attributed to the favorable legal framework which allows foreign investors to easily carry out transactions with Vietnamese businesses.

The COVID-19 pandemic is a huge challenge for businesses irrespective of sector and size in all regions and countries, including Vietnam.

Unable to wait for the pandemic to end and seeing revenue drop to zero, businesses have been trying every method to earn money in the Covid-19 crisis.