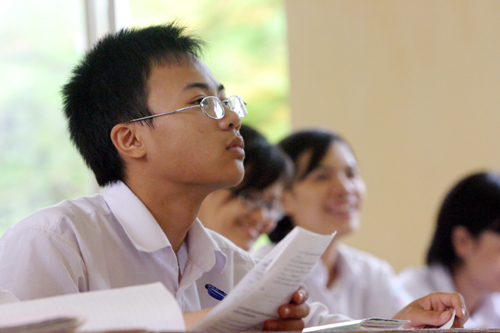 A report of the Ministry of Science and Technology shows that Vietnam has 24,300 PhDs and 101,000 holders of master’s degrees. The figures represent an increase of 7 percent and 14 percent, respectively, compared with 1996.

Dr. Pham Bich San, deputy secretary general of the Vietnam Union of Science and Technology Associations (VUSTA), said that while Vietnam has the highest number of PhDs and professors, no Vietnamese school is listed among the world’s top 500 universities.

In the latest news, Vietnam was listed itself among the 10 countries which have the highest number of engineers in the world, with 100,390 engineers produced every year.

The figure was reported by Forbes, which quoted a recent survey conducted by the World Economic Forum (WEF).

Vietnam, ranking 10th, is one of two South East Asian countries on the list. The other is Indonesia, ranking 5th with 140,169 engineers a year.

Vietnam also has a high number of PhDs with 24,300 scientists having a doctorate.

A scientist noted that the number of PhDs who hold the posts of deputy minister and higher in Vietnam is five times higher than in Japan.

Truong Thanh Hoai, deputy director of the Heavy Industry Department under the Ministry of Industry and Trade, said that representatives of associations and enterprises just “shake their heads” when asked if they can make components and accessories to join Samsung’s global production chain.

Several years ago, Canon, a manufacturer from Japan, was reported working with 20 Vietnamese businesses to make screws to provide to Canon. However, none of them could satisfy Canon’s requirements.

Automobile manufacturers complain that while demand for paints of different kinds for chassis, car parts and other components has been increasing, they can only buy supplies from foreign manufacturers or foreign invested enterprises.

No Vietnamese painting company can provide the products.

The director of a Vietnamese painting company said the paint products used in the automobile and motorbike industries are high-technology products. Vietnam-made paints can be used for the fences of factories only.