Vietnam-China trade: how much can VN get from the $60 billion cake?

Vietnam and China both have committed to increase the two way trade turnover to $60 billion by 2015. Analysts believe that China would get more slices of the $60 billion cake.

VietNamNet Bridge – Vietnam and China both have committed to increase the two way trade turnover to $60 billion by 2015. Analysts believe that China would get more slices of the $60 billion cake. 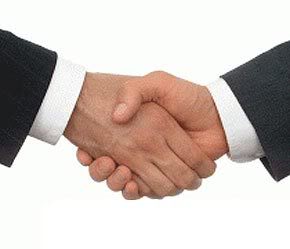 Among the countries which have trade relations with Vietnam, no other has such a sharp increase in the two way trade turnover.

At first, in 2000, Vietnam and China agreed to set a goal to obtain the turnover of $2 billion. However, the two-way trade turnover of the year actually reached $2.5 billion.

After that, the target was lifted to $5 billion by 2005. However, the two-way trade turnover reached $7.2 billion in 2004 already. Since then, China has been the biggest trade partner of Vietnam which makes up 14.8 percent of the total import & export turnover of the country.

The rapid trade development has prompted the two countries to raise the target sharply to $60 billion by 2015.

However, economists have warned that this is not good news at all, if Vietnam cannot improve itself to boost more products to the Chinese market. The increase in the two-way trade turnover may mean the higher trade deficit for Vietnam.

China is the Vietnamese biggest trade partner, the biggest exporter to Vietnam and the biggest market with which Vietnam has trade deficit.

At the same time, Chinese businesses bring backward technologies and equipment, which cause environment pollution, and thousands of workers to Vietnam.

Vietnam’s trade deficit in the relation with China is bigger than any other trade partner. In 2001, the trade deficit was modest, at $200 million. Meanwhile, the figure soared $19.7 billion in the first 10 months of 2013, or 98 times higher.

Chinese products have been flooding the Vietnamese market, from cosmetics to clothes, from species to big machines, from food to preservatives.