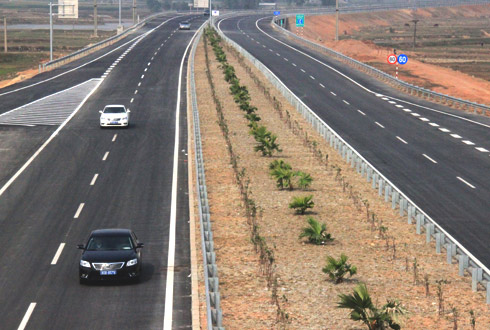 At a meeting on Tuesday, a representative of the Transport Engineering Design Consultant Company (TEDI) said the highway will be 760 km long, starting from National Highway 13 in Vientiane to the belt road No. 3 in Hanoi.

TEDI representative said the highway may pass through six pairs of border gates. To have the shortest road, TEDI suggested the Thanh Thuy border gate in the central province of Nghe An and Nam On in BolyKhamxay Province of Laos.

It is expected that the project will not only form a highway connecting Hanoi and Vientiane but also facilitate convenient connections with Thailand and Myanmar.

At the meeting, Mr. Nguyen Xuan Duong, Nghe An People's Committee Chairman proposed the Ministry of Transport to build a highway from the border gate of Thanh Thuy to Vinh City of Nghe An Province.

The project will have a total investment of about $2.5 billion. The highway will have four lanes, with the minimum width of 22,5m, meeting technical standards of Vietnam and Laos.