According to the General Statistics Office (GSO), the newly foreign registered and additional investment capital in the first eight months of the year was $13.1 billion. The disbursed capital reached $12 billion, an increase of 6.3 percent over the same period last year. 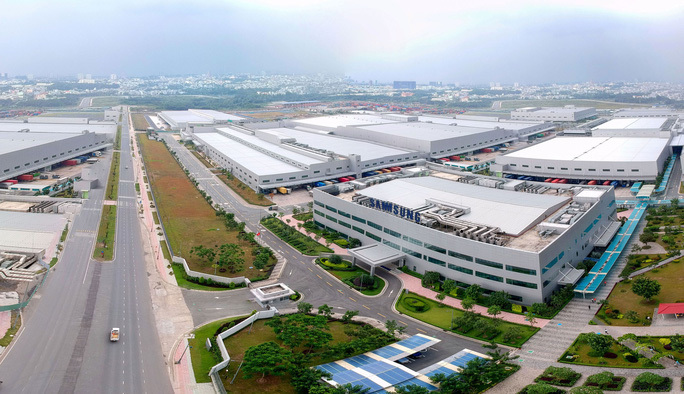 The first eight months of the year witnessed 5,235 deals of contributing capital and buying into Vietnamese enterprises, worth $9.51 billion, a sharp increase of 80 percent.

Of 68 countries and territories which had new investment projects licensed in Vietnam in the first eight months, China was the biggest investor with $1.87 billion worth of investment, which accounted for 20.6 percent of total newly registered capital, followed by South Korea and Japan and Hong Kong (China).

According to economists, since 2018, the protectionism and trade tensions has caused big changes to the investment flows in the world which not only sees the decline in value but also the shifting among regions and countries.

In such a context, Southeast Asia in general and Vietnam in particular have emerged as potential destinations for investors in the wave of investment reallocation.

Can Van Luc and his co-workers from BIDV Research and Training Institute can see that the trend of relocating production from China to ASEAN and Vietnam under the impact of the US-China trade war has become cleat. Among ASEAN countries, Vietnam is worth consideration.

The tension of the trade war has prompted investors to seek a new address which allows them maintain stable export and avoid US taxation.

Savills Vietnam, in its recent report, also said the trade war has directed multinational groups to diversify production process and relocate their factories. Vietnam is an attractive destination thanks to the young and cheap labor force. It is also one of the countries with stable political environment and the highest GDP growth rates.

Savills Vietnam named a number of groups which are considering relocating their factories to Vietnam - Hanwha, Foxcom, Lenovo, Nintendo, Sharp, Kyocera and Oasis, noting that the groups are mostly in the fields of electronics, textile and garment, footwear and supporting industries.

Luc noted that FDI from China, including Hong Kong, in the last eight months was mostly used to buy shares in Vietnamese companies.

This shows a strategy followed by Chinese investors that they want to cooperate with Vietnamese enterprises, and take full advantage of existing production bases and the stable market. This strategy allows them to avoid risk and minimize initial investment costs, but may lead to increased reliance of Vietnamese enterprises on foreign ones.