Mai Xuan Thanh, deputy director of the General Department of Customs (GDC), on September 10 said in the face of unpredictable development of the US-China trade war, the agency has deployed measures to prevent foreign goods from transshipping in Vietnam and counterfeiting Vietnamese origin before being exported or consumed domestically. 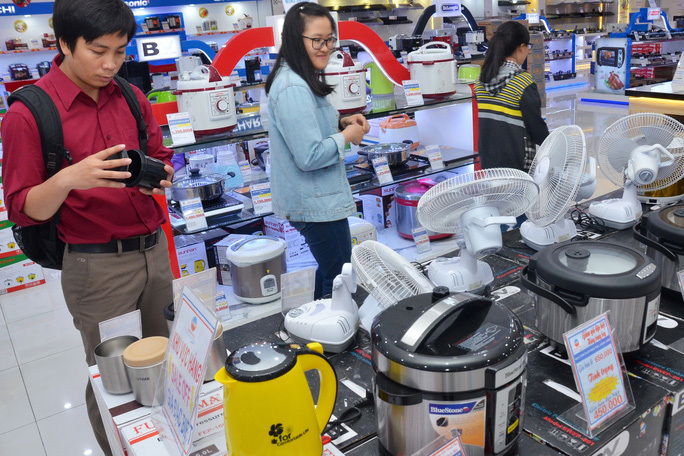 Customs agencies are analyzing statistics, comparing the export turnover with domestic production capability to identify the product items which have had abnormal increases in export turnover. It is highly possible that the products are sourced from other countries and exported under the name of Vietnam.

Vietnam is now a member of many FTAs and the memberships bring Vietnamese enterprises great advantages in exporting products because they can enjoy preferential tariffs. Foreign enterprises want to exploit these advantages that Vietnam has by committing origin fraud.

According to Au Anh Tuan from GDC, Vietnam has implemented 12 out of 15 FTAs it has signed. It is highly possible that other countries, especially China, have counterfeited Vietnamese origin to export products to FTA countries to enjoy preferential tariffs.

Some Vietnam products have had anti-dumping and anti-subsidy duties imposed on them. Cold rolled coil and corrosion assistant steel using HRC imported from Taiwan (China) and South Korea now bear a tax of over 400 percent. Other products being investigated include shrimp, solar panel and bicycles. The investigators are the US, Turkey, South Korea and the EU.

According to Tuan, when inspecting export origin, customs officials discovered that the rules of origin for some items were still loose. Plywood enterprises, for example, have been found exploited loopholes in regulations to commit fraud in declaring HS codes for input materials.

The Ministry of Industry and Trade (MOIT) and the Vietnam Chamber of Commerce and Industry (VCCI) are the two agencies which have the right to grant C/O. Therefore, to tighten control over product origin, customs agencies are now exchanging information about customs declarations and import/export turnover with the two agencies.

As such, MOIT and VCCI can check information on the national one-stop portal to serve the granting of C/O and discover abnormal action.

Thanh affirmed that GDC is ready to provide statistics about export/import turnover to relevant agencies to prevent and fight against origin fraud.

According to a market research by Forest Trend, in the first five months of this year, the number of new FDI projects in wood industry totaled 49 projects, of which there were 32 projects belonging to wood processing field.

Vietnam has recently found cases of foreign enterprises falsely labelling their products as originating in Vietnam to illegally benefit from the free trade agreements (FTAs) the country is a member of and avoid trade defence mechanisms.