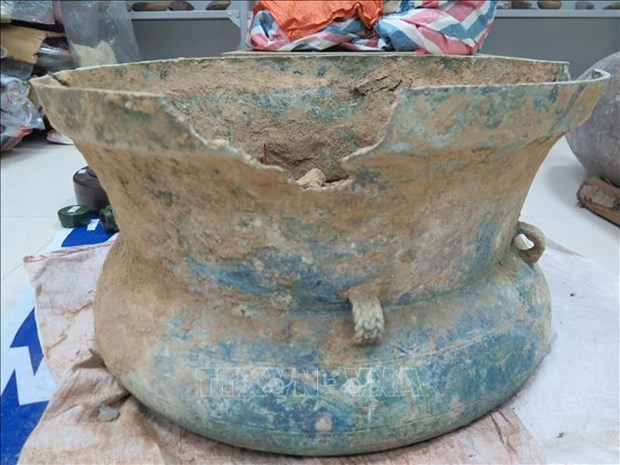 A statue of God Vishnu Binh Hoa in the 6th-7th century, Go Thanh collection of elephant-shaped gold leaves in the 6th-8th centuries, A10 My Son pedestal at the My Son World Cultural Heritage Site in Quang Nam province, and An Bien collection of white-glazed porcelain, among others, also earned the national treasure title.

The Minister of Culture, Sports and Tourism, chairs of people’s committees of provinces holding national treasures, and heads of ministry-level agencies are required to manage national treasures in line with legal regulations on cultural heritages within their authority.

Around 300-kg bronze drum being made to mark national elections