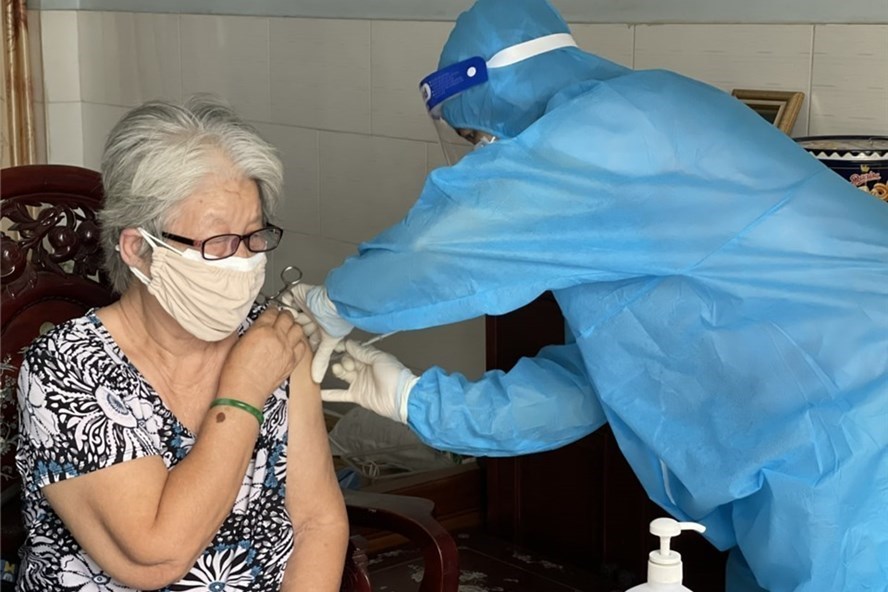 Meanwhile, 33.2 million doses were from the Covax program, 18.6 million from other Governments’ aid, and 26.9 million from business sponsors.

To date, MOH has carried out 95 vaccine allocation campaigns with a total of 140.5 million doses. The remaining 7 million doses are undergoing quality inspection procedures before distribution.

Regarding vaccination results, as of the end of December 3, Vietnam had given 127 million jabs, an increase of 988,857 over the day before, or 90.4 percent of vaccines allocated. This included 73.2 million first doses and 53.7 million second doses.

Localities are making every effort to speed up immunization to give the first shot to everyone eligible and the second shot for those who have had the first dose.

More than 121.7 million doses have been given to people 18 years old and over, including 69 million first shots and 52.7 million second shots. More than 95.6 percent of people aged 18 and over have had at least one shot and 73.1 percent have been fully vaccinated.

Forty-nine cities and provinces are organizing immunization campaigns for children aged 12-17 with 5.2 million doses given.

Prime Minister Pham Minh Chinh on December 5 asked the Ministry of Health and relevant agencies to examine the possibility of giving children aged 5 and above vaccine shots against COVID-19.

Pfizer is continuing its research and if it finds the vaccine quality to be stable, it may submit dossiers to appropriate agencies to apply for a shelf-life extension to 12, 18 or even 24 months.