Senior officials of Japan and Vietnam met in Hanoi on Tuesday morning, three weeks after Japan announced that it would cancel ODA disbursement for railway projects in Vietnam that were believed to be involved in corruption.

VietNamNet Bridge - Senior officials of Japan and Vietnam met in Hanoi on Tuesday morning, three weeks after Japan announced that it would cancel ODA disbursement for railway projects in Vietnam that were believed to be involved in corruption. 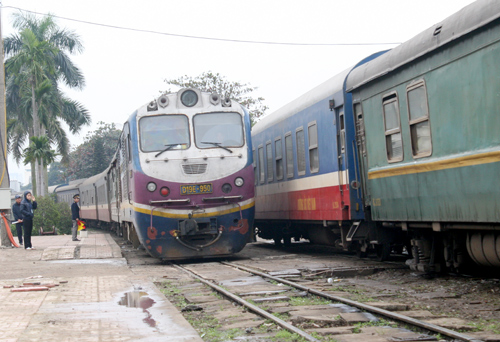 The meeting comes on the heels of the Japan Transportation Consultants, Inc. (JTC) corruption scandal that resulted in the siphoning of millions of ODA funds into the pocketbooks of corrupt government officials and the decision three weeks earlier by Japan to temporarily halt providing ODA for the JTC project in Vietnam.

At the meeting, both sides exchanged views on the best alternatives to effectively combat corruption in all Japanese-funded projects in Vietnam.

Japanese Envoy Hideo Suzuki expressed his hope that Vietnam and Japan will find the best solutions to deal with the JTC bribery allegations and prevent similar cases in the future.

He praised the Vietnamese government’s efforts in settling the JTC scandal and taking the initiative to implement preventive measures against future corruption incidents.

It was reported that JTC had bribed Vietnamese officials with an estimated JPY66 million worth of kickbacks to win a JPY4.2-billion railway contract.

The Transport Ministry established a special working group and held two working session with Japan representatives to address additional measures that are being undertaken to combat this and other types of corruption in the construction process.

However, until satisfactory measures are put in place to specifically deal with the issues, early this month Japan announced that it would suspend disbursement of ODA for projects related to JTC.

Nguyen Xuan Tien, deputy head of the MPI’s Department for Foreign Economic Relations, said the two sides will continue working on the case in June, with a view to resuming ODA disbursement.

This is the second time in a decade Japan has decided to halt its ODA disbursement for Vietnam, following the first bribery case of Pacific Consultants International (PCI) in 2008.