A report of the Vietnam Maritime Administration (VinaMarine) showed that along with an average annual growth of 12 percent of  export-import turnover in the 2016-21, the cargo throughput of the country's seaports saw stable increase in the period. In the first seven months of this year, the throughput growth slowed down but still showed a year-on-year rise of 2 percent, reaching about 63 million tonnes.

The country's ports in recent years have been developed and are now able to accommodate the world's largest ships.

However, containers imported and exported to and from Vietnam are mainly handled by foreign shipping lines, especially on long-distance sea routes to developed countries such as Europe and the US. 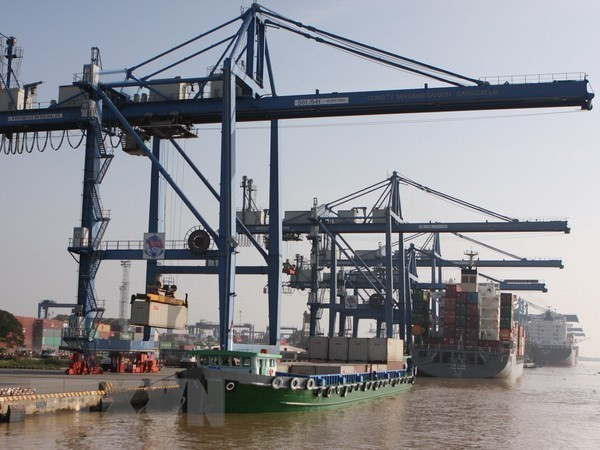 The country has 10 container shipping companies owning 48 container vessels capable of carrying 39,520 TEUs and only 17 of them are able to sail on Asian waters. There is a lack of container ships and large tonnage ships operating on international routes. Experts say the fleet's irrational structure with mostly low capacity ships is limiting its competitiveness.

Vietnam’s merchant fleet ranks third among ASEAN nations and 28th in the world. A Vietnamese firm has invested in a 320,000-DWT oil tanker and over-1,000-DWT bunkers. The move serves as a foundation for the domestic fleet to move step by step in line with the global trend and optimise shipping costs.

VinaMarine has consulted the Ministry of Transport on a project on the development of Vietnam’s international merchant fleet between 2022 and 2030, towards the goal of maintaining its foothold in the domestic market and gradually bolster its presence and competitiveness on the global market.

Deputy Minister of Transport Nguyen Xuan Sang underlined that the development of an international merchant fleet under the project requires efforts from relevant State management agencies, firms and associations.

About 1.5 billion USD will be needed to add more vessels to the fleet in the first phase of the project running until 2026.

It is also crucial to improve the quality of crew members and adopt incentives designated to support seafarers./.  VNA