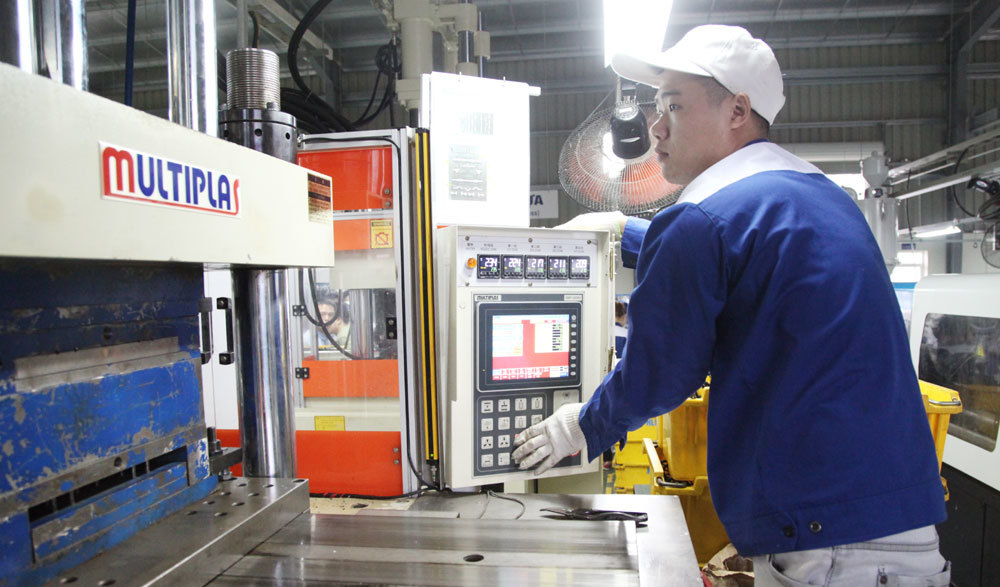 The Vietnam Manufacturing Purchasing Managers' Index (PMI) fell to 40.2 in August, down from 45.1 in July and signaling the worst deterioration in the health of the sector since April 2020, according to Nikkei and IHS Markit.

“Vietnamese manufacturers are facing a near-impossible task at present as the restrictions put in place to try and contain the spread of the Covid-19 outbreak in the country constrain their ability to produce goods,” said Andrew Harker, associate director at IHS Markit, which compiles the survey.

“Firms also revised down their expectations as the prospect of an extended period of restrictions becomes more likely," he added.

Covid-19 restrictions meant that a number of manufacturers have to close their business temporarily, while others reported staff shortages and limits on their ability to produce. As a result, output declined at a substantial pace. The rate of contraction was the second-fastest on record, behind only the one seen in April 2020.

A similar picture was recorded with regards to new orders which decreased for the third month running and at the fastest pace in 16 months. The decline in new export orders also accelerated as Covid-19 restrictions made exporting difficult.

The sector's labor market also suffered amid social distancing restrictions. A number of firms indicated that they were operating the '3 in one spot' policy to maintain some staff presence on-site, but that not all workers were able to participate in this. Overall, employment decreased for the third month running, and at a pace that was the steepest since April 2020.

Severe supply-chain disruption continued, with supplier lead times extending for the longest period on record for the second month in a row. Transportation issues were widely reported, with congestion at ports a result of them being unable to operate at full capacity. Raw material shortages were a secondary factor contributing to longer lead times.

Raw material shortages and transportation issues led to a further steep increase in input costs, with the inflation rate rising the fastest in a decade. In turn, output prices increased, albeit to a much lesser extent than input costs as some firms offered discounts so as to secure sales.

August saw a near-record reduction in purchasing activity amid temporary company closures and low demand. Despite the drop-in purchasing, stocks of inputs increased for the first time in three months. The accumulation largely reflected the difficulties firms were having in maintaining production volumes.

Business sentiment hit a 15-month low in August as the severity of the current Covid-19 outbreak in Vietnam led to the anticipation by a number of firms of a sustained period of restrictions on their operations. That said, others were confident of a rebound in production.

Among a number of cities/provinces currently under the “stay-at-home” order, Hanoi’s index of industrial production (IIP) in August declined by 8% against the previous month.

Industrial production, however, remained positive for the eight-month period with an annualized growth rate of 6.3%.

During the eight-month period, manufacturing and processing, accounting for 96.5% of total production value in Hanoi’s industry sector, expanded by 6.3%; followed by production and distribution of electricity (7.1%); sewage treatment and water collection (6.3%); and mining industry (5.5%).

Subsectors that increased sharply due to growing demand during the eight-month period include motorized vehicle production (up 21.6% year-on-year); garment (18.2%); beverage (16.1%); wood and wooden products (10.9%); paper production (10.5%); and computers and optical products (8%).

Data shows that industrial production index in the first five months of the year advanced 9.9 percent year-on-year, with manufacturing and processing up 12.6 percent.