The member of the AFC Women's Football Committee - Nguyen Thanh Ha - said that up to 99 percent that Vietnam will gain the rights to host the finals of the Asian women's football championship next year.

VietNamNet Bridge – The member of the AFC Women's Football Committee - Nguyen Thanh Ha - said that up to 99 percent that Vietnam will gain the rights to host the finals of the Asian women's football championship next year. 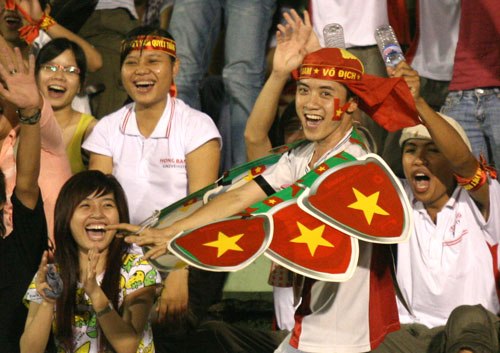 AFC standing commissioner – Mr. Tran Quoc Tuan - said the opportunity to host the 2014 Women's Asian Cup of Vietnam is huge after Australia showed the intention to withdraw from the race.

Earlier, only two countries applied to host this event - Australia and Vietnam. Australia wants to take advantage of this event as rehearsal for preparation for the men’s 2015 Asian Football Cup.

Tuan said Australia withdraws because it does not want to host both the biggest football events of Asia. After Australia’s withdrawal, only Vietnam applied to host the tournament.

The AFC on May 27 confirmed with the VFF to send its officials to Vietnam to check the facilities and the ability to host the 2014 Asian Cup in early June.

Member of the AFC Women's Football Committee -- Nguyen Thanh Ha, confirmed that up to 99 percent that Vietnam will get the right to host the tournament and the decision will be published after the qualifier round on June 9.

If Vietnam hosts this event, it will have a good opportunity to win the fifth card to the World Cup in 2015. The four other tickets will likely belong to the stronger teams such as Japan, China, Australia and South Korea. The level of the second-groups team such as Vietnam, Thailand, Myanmar and other countries is similar and the one that win the rights to host the Asian Cup will have the advantage.