World No. 9 Australia retained their status as Asia’s highest rated women’s national team, while Japan returned to the global top 10 and are second in the continental table.

The DPR Korea, who are yet to play any international matches in 2021, rounded out Asia’s top three, slipping one place to 11th, while China PR (15th) and the Republic of Korea (18th), completed the continental top five. 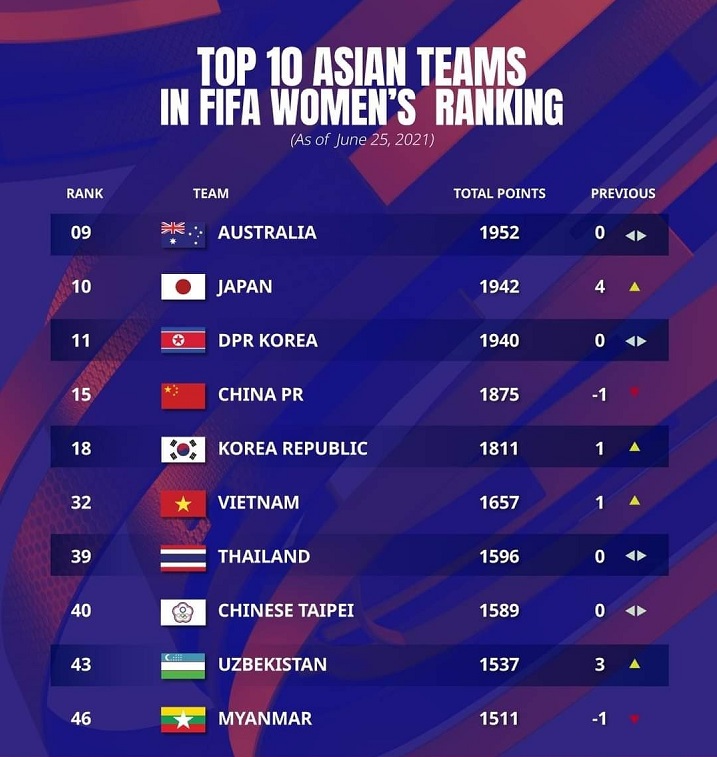 The United States confirmed their position at the top of the global table ahead of Germany, while France overtook the Dutch to reach third place in the rankings.

Other top-10 teams, in turn, include Sweden, England, Brazil, Canada, Australia and Japan.

Earlier on Thursday, the draw for the 2022 Women’s Asian Cup Qualifiers was held at the Asian Football Confederation (AFC) House in Kuala Lumpur, Malaysia.

28 teams were drawn into four groups of four and four groups of three, with the winners of each group clinching their place in the finals, scheduled to take place in India from January 20 to February 6.

According to the draw, Vietnam will join lower-ranked Tajikistan (135th), Maldives (144th) and Afghanistan (152nd) in Group B. 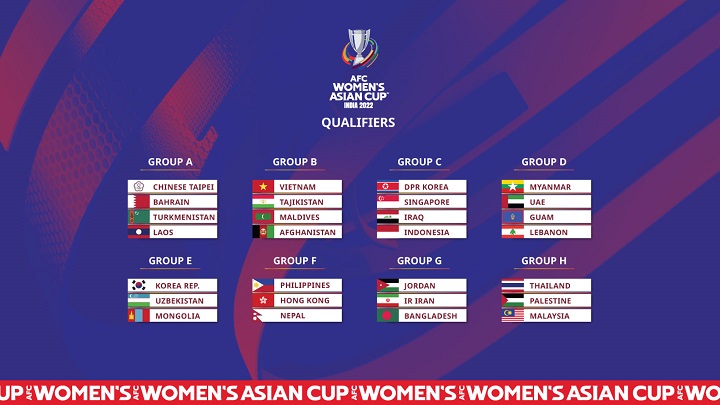 However, head coach Mai Duc Chung said this is not really to Vietnam’s advantage. “We meet teams far behind us in terms of the world rankings. Some will think that we have good opportunity, but for me personally, we should not be subjective and must always respect our opponents, because as we improve, they also improve.”

“At this time, football in Vietnam and around the world continues to be affected by the complicated developments of the COVID-19 pandemic. All our activities are suspended, the team is unable to practice and resume competition. It has been very difficult, especially for women's football; since the beginning of this year the women's football team only had one training camp. The players, especially the young ones, need time to get used to their teammates and practice, so I think we must continue to make greater efforts,” added Chung.

The 2022 Women’s Asian Cup will serve as the final stage of Asian qualification for the 2023 FIFA Women’s World Cup, for which Australia has already qualified automatically as co-host. Five teams will qualify directly for the World Cup via the knockout stages (including play-offs for fifth place or possibly sixth place), while two more teams will advance to the inter-confederation play-offs.

Vietnam move up one spot on FIFA Women’s World Rankings

The women’s national football team of Vietnam climbed one place on the FIFA Women’s World Rankings during the first quarter of 2021, according to the Vietnam Football Federation.