As a result of rapid urbanization, economic growth and population increase, the volume of waste generated has doubled over the last 15 years. 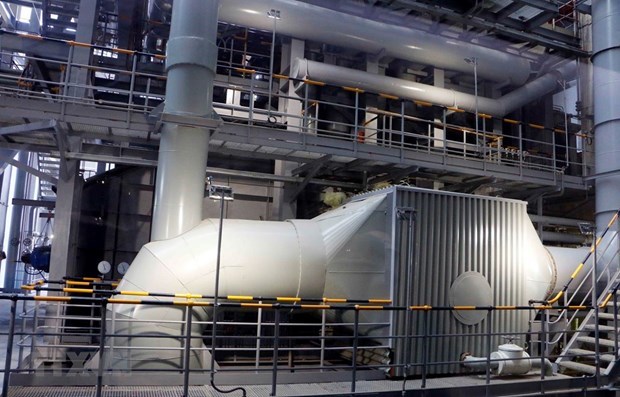 The technology brings outstanding efficiency in waste treatment and minimizes pollution with the ability to handle large amounts of waste.

It has become the top choice of countries with limited land and energy like Vietnam.

These include projects on incinerating solid waste to generate electricity by Waste to Energy Pte Ltd from Singapore, a similar project by Fluid Tech from Australia planned to be implemented in HCM City, Ba Ria – Vung Tau and Dung Quat Economic Zone, and a project on treating waste with pyrolysis by the joint venture between Vietnam’s Dai Lam Company and the US Entropic Energy.

Meanwhile, Keppel from Singapore has carried out the feasibility study for a WTE plant in HCM City with the capacity of 1,000-2,000 tons per day.

Developing WTE is the goal set by some localities when attracting private investors to the waste treatment sector.

Can Tho City has a 400 ton per day WTE plant developed by EB Can Tho. The total investment capital of the plant is VND1.057 trillion. The construction began in June 2018 and it became operational in November 2018.

Quang Binh province has a plant that sorts waste, and produces biogas and organic organizer developed by VNP. This is a WTE complex utilizing modern technology from Germany that can generate 10 MW electricity.

Other projects are under implementation in other localities, including the Vinh Tan WTE Plant in Dong Nai province (600 tons per day, 30 MW), Soc Son WTE Plant in Hanoi (4,000 tons, 75 MW) and the WTE Plant in Cu Chi district, HCM City.

The Prime Minister’s Decision No 31 only sets the electricity purchase price applied to projects that burn solid waste directly to generate electricity. Meanwhile, there is no regulation about the price for plants utilizing other technologies.

Investors also complain that it is very difficult to find locations for WTE plants. Bac Giang authorities have reserved 10 hectares in Dong Lo commune for a WTE plant, but to date only 5 hectares of land have been cleared.

Treating waste is not an easy task in Vietnam. A start-up has chosen for itself the tough job of connecting various parties for treating waste.