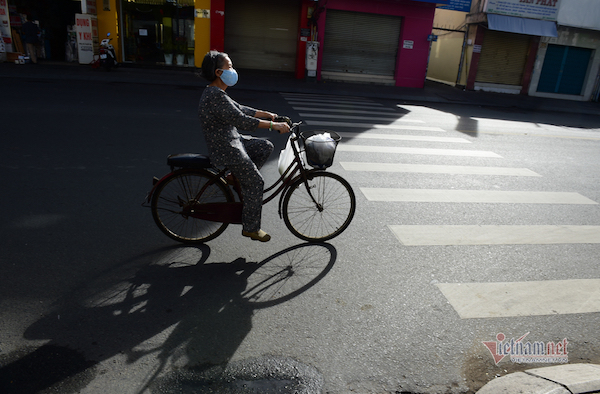 Vo Tri Thanh, a respected economist, thinks that the current situation may last a long time and the virus will spread to other provinces.

“It’s necessary to anticipate bad scenarios, so that we can know how to deal with the worst if it comes, and mobilize resources in the most timely and effective way, so as to avoid the perplexity as we are facing in HCM City,” he said.

The worst scenario, according to Thanh, is that the GDP growth rate is just 5 percent this year.

Thanh, an optimist, is very cautious this time.

Under Scenario 1 drawn up by the Government, the targeted growth rate is 6 percent in 2021, if the pandemic is basically controlled in July, there are no hotbeds in Industrial Zones and key economic centers, and no social distancing.

The Government in late June affirmed that the growth rate targets had not been changed.

Nevertheless, Tran Thi Hong Minh, Head of the Central Institute of Economic Managemet (CIEM), commented that realizing the target of GDP growth rate of 6.5 percent this year is a great challenge, though Vietnam obtained a high growth rate of 5.64 percent in H1.

In Scenario 1, the pandemic is controlled by October, thus paving the way for resumption of production and economic activities at a normal level.

Scenario 2 is designed with conditions nearly the same as Scenario 1, but the difference is that the pandemic is contained soon, by August. The presumed GDP growth rate of the world, money supply, credit and disbursement of public investment capital are higher.

The report pointed out that the capability of controlling the pandemic would be an important factor that determines growth rates in the last months of the year.

Amid the challenges, Minh said Vietnam needs to promote reform to restore growth sustainably, with focus on three things.

Second, accelerating the recovery of business and heightening internal capability and the autonomy of the economy in association with effective implementation of the international economic integration process.

Economists stressed that in order to obtain sustainable economic development, settling businesses’ difficulties and speeding up public investment disbursement also need the Government’s special attention from now until the end of the year.

Nguyen Anh Duong from CIEM added the driving force for reform is promoting digital economy and digital transformation. Other countries can rise up after the pandemic thanks to digital economy.