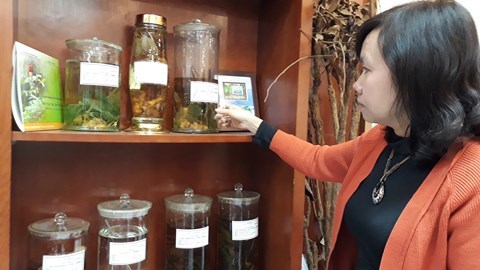 A report released at a science conference on preserving and developing the medicinal herb area of Central Highlands and the southern part of southern region held in Da Nang on June 21 showed that there are more than 5,000 types of herbs in the area.

However, despite the great potential Vietnam’s medicinal herb industry is still in difficulty.

Phan Phuoc Hien from the Sai Gon Institute of Research and Development of Medicinal Materials noted that Vietnam has policies on the medicinal herb treasury development, but the policies, set up years ago, are still on paper.

Of 1,000 tasks Vietnam has fulfillef in the field of science and technology development, only 70 relate to medicinal herbs.

The concept of ‘value chain’ and the role of leading enterprises in the herbal medicine industry has been mentioned at many workshops and events, but the preferences in the master plan on Vietnam’s herb development do not mention enterprises. Meanwhile, the Ministry of Science & Technology’s renovation fund is nearly inaccessible to companies.

Hien also pointed out that the number of well-known medicinal herb products in the market are nothing if compared with the number of thousands of herbs recognized so far.

The participants at the conference pointed out four existing problems. First, the lack of common database on herbs throughout the country. Second, the lack of herb growing area programming. Third, the lack of standards in seed selection, cultivation, processing and packaging process. And fourth, the lack of connection between research institute and enterprises.

Nguyen Huu Toan Phan, Director of Tay Nguyen Science Research Institute said the figure of 5,000 herb species may not be reliable. National parks and natural reserves in the central region all have lists of flora and fauna species of the region, but their figures are quite different.

Meanwhile, Pham Thi Thu Huong, director of Bidiphar, said enterprises don’t know how to grow herbs or much about them. Of thousands of herb species in the central region, only 2 percent are valuable in terms of active elements and commercial value.

A large amount of a precious and endangered flora gene has been found inside a forest in central Quang Nam Province.

Poor residents enrich themselves thanks to ginseng