After many exports to the US were found disguised with ‘made in Vietnam’ labels to try to evade anti-dumping duties, Vietnam has become more vigilant over origin fraud.

The public has been stunned by the news that the customs agency discovered a 1.8 million ton aluminum shipment worth $4.3 billion that was heading to the US under the cover of Vietnamese goods. 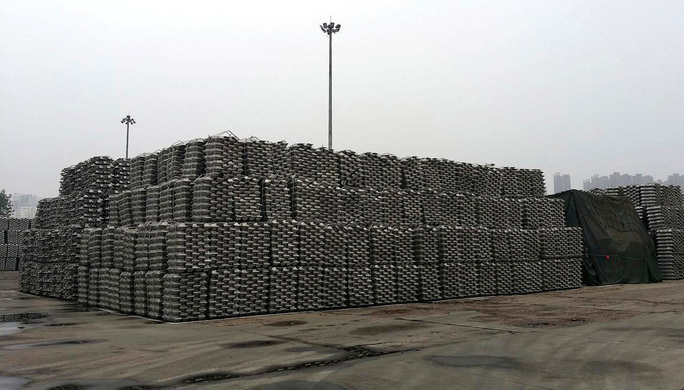 A local newspaper quoted Nguyen Van Can, general director of GDT, as saying that this was the largest origin fraud ever discovered in Vietnam.

The consignment of aluminum products was imported to Vietnam by Global Aluminum, headquartered in Ba Ria – Vung Tau before it is shipped to the US. As the origin fraud was discovered, the products could not go to the US as initially planned.

The owners of the goods planned to counterfeit Vietnamese origin because Vietnam’s aluminum exports to the US bear the tax rate of 15 percent, while Chinese bear the high tax rate of 374 percent.

This is not the only origin fraud case discovered since the US-China trade war broke out. Many consignments sourced from China but labeled made in Vietnam have been found.

Tran Viet Thang, head of the Sai Gon Port Zone 1 Customs Agency, said when examining a container of clothes and fabric sourced from China, the products had the ‘made in Vietnam’ label. No representative of the importer came to work with customs officers.

“This could be a case of counterfeiting Vietnamese origin to export products to a third country which offers preferential tariff to Vietnam, but not to China. There are signs of criminal violations,” Thang said.

Some days ago, the Binh Duong Customs Agency discovered a consignment of export bicycles counterfeiting Vietnamese origin. The consignment of goods comprising 313 bicycles worth $26,000, or VND603 million, was heading for the US.

The owners of the products said the bicycles were assembled in Vietnam and sourced from China. However, when examining the products, customs officers discovered the label ‘made in Vietnam’ in all the products and packs.

Meanwhile, E. Bicycle, the company which owned the products, is a Chinese company. It imported all components and accessories from China and only does minor assembling in Vietnam to get the Vietnamese origin.

Nghiem Xuan Da, chair of the Vietnam Steel Association (VSA), said it is necessary for Vietnam to tighten control over exports to prevent origin fraud.

“Vietnamese enterprises must not lend a hand to goods owners to counterfeit Vietnamese origin, ignoring the interests of the community and the nation,” he said.

Vietnam, US customs join hands in fight against origin fraud

The customs authority of Vietnam has been proactively fighting fraud of origin and illegal trans-shipment, General Director of the General Department of Vietnam Customs (GDVC) Nguyen Van Can said on November 1.