Vietnam on list of top countries with the most engineering graduates

VietNamNet Bridge - Vietnam ranks 10th in a list of countries with the most engineering graduates, with 100,390 engineers graduating every year.

VietNamNet Bridge - Vietnam ranks 10th in a list of countries with the most engineering graduates, with 100,390 engineers graduating every year. 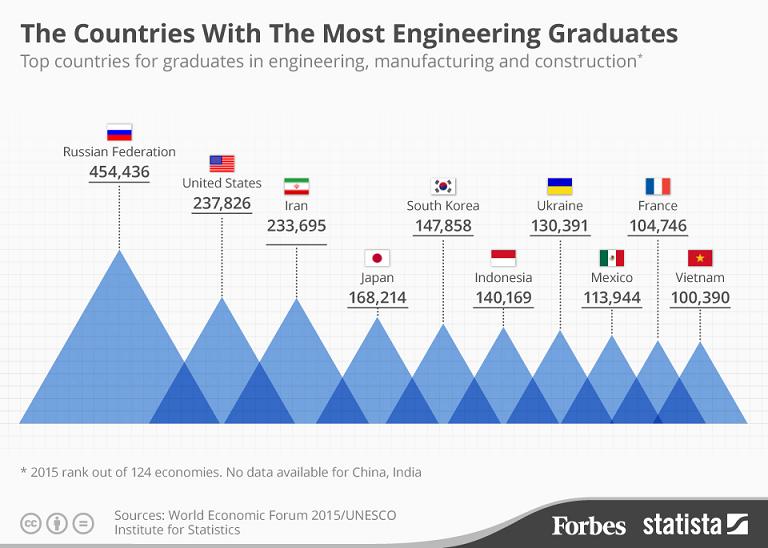 The United States, Japan and other developed nations produced the majority of the world’s engineering graduates over past few decades. However, things have started to change and a significant number of new engineering, manufacturing and construction graduates now come from developing and emerging countries.

According to research conducted by the World Economic Forum (which excludes China and India due to lack of data), Russia leads the way, producing an annual total of 454,000 graduates in engineering, manufacturing and construction. The United States is in second position with 237,826 while Iran rounds off the top three with 233,695.

Notably, developing economies including Indonesia and Vietnam have also made it into the top 10, producing 140,000 and 100,000 engineering graduates each year, respectively.

Here are the top 10 nations with the most engineering graduates in the world: 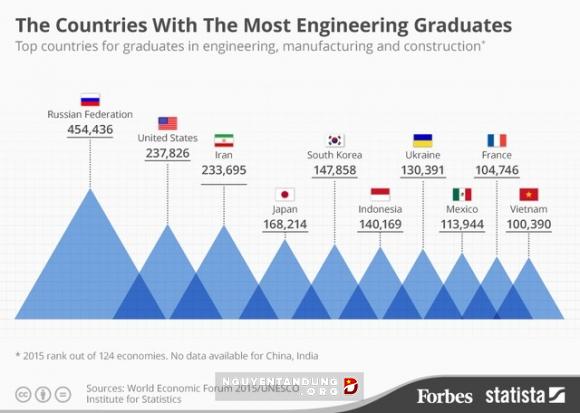