Economists say the US-Iran tentions have had a mild impact on Vietnam, but the country needs to prepare for worse to come if tensions escalate. 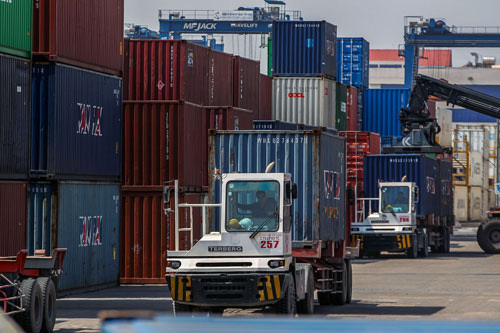 Vietnam mostly imports crude oil, material plastics and LPG from the market. Kuwait was one of the most important markets for Vietnam with import turnover from the market increasing by 31 percent in 2019 to $3.4 billion. The imports were mostly crude oil for Nghi Son Oil Refinery Complex in Vietnam which has become commercially operational.

According to MOIT, the trade relation between Vietnam and Iran grew slowly in 2010-2017. The US decision to impose an economic embargo on Iran has not had considerable impact on trade relations between the two countries, because the products Vietnam imports from the countries are not listed among the goods subject to the embargo.

However, because of the US sanctions, the payment for import/export transactions has met difficulties.

A representative of MOIT said there is a high possibility of war, and if so, Vietnam-Iran trade relations would have more problems.

Nguyen Van Trinh, deputy head of the HCM City Institute for Development Studies, said that Vietnam’s export may face issues, and advised enterprises to focus on exploiting the domestic market with 97 million consumers.

Meanwhile, Do Duc Dinh, former head of the Africa and the Middle East Research Institute, is not too pessimistic about the impact of the US-Iran conflict on the world economy. He thinks that the biggest impact will occur with Middle East coutnries and countries which have direct relations with Iran.

In the past, Iran was one of the biggest oil exporters in the world and any move taken by the country would affect the global oil market. However, the role and influence of the country have decreased significantly. This means that tensions will not have considerable impact on the crude oil supply.

Regarding the gold market, Dinh thinks it will suffer the biggest impact because of the conflict. The gold price has soared in the world market.

In Vietnam, the SJC gold hit a peak of VND45 million per tael, a 9-year high.