The Vietnamese government intends to meet 80% of its domestic pharmaceutical demand through local drug manufacturers.

Vietnam's goal of having the majority of its pharmaceutical demand be met by local firms will shape the country's medicine market, according to Fitch Solutions, a subsidiary of Fitch Group.

Even prior to the Covid-19 pandemic, the Vietnamese government's support for the local pharmaceutical industry has remain steadfast, stated Fitch Solutions.

This is in part driven by the authorities' push to meet domestic healthcare needs. As part of its strategy, the Vietnamese government intends to meet 80% of its domestic pharmaceutical demand through local drug manufacturers.

This proposal is having a major impact on the vaccine market, with the country now able to produce 11 of the 12 vaccines included in the national expanded immunization program.

While Fitch Solutions expected the government’s efforts will go some way towards improving Vietnam’s manufacturing base, the vast majority of local production will remain focused on cheap generic drugs given their limited technological capabilities.

Taking this into account, Fitch Solutions said it will be a long time before the country can be classed as self-sufficient with regards to its pharmaceutical supply. With 160 factories meeting WHO - Good Manufacturing Practice standards, the domestic drug output is able to meet 45% of the demand, while the rest must be imported.

According to a report produced by the Vietnam Social Security, by the end of May 2019, there were 84 million people participating in the public health insurance system nationwide, covering 89% of the population.

A target set by a resolution of the 6th Plenum of Communist Party of Vietnam states that by 2025 about 95% of the Vietnamese population will be covered by the national health insurance scheme.

Hospital quality has improved continuously, and demands for hospital bribes have dropped to a 10-year low.

Taken together with the government’s policy to provide mass quarantine largely free of charge, these data suggest that Vietnamese citizens did not have to worry about costs from Covid-19 tests (formal or informal), associated hospitalization, and centralized quarantine, thereby increasing their willingness to comply with extensive contact tracing and strict quarantine measures.

Although coverage now approaches the full population, public healthcare remains chronically underfunded, with per capita spending on public healthcare sitting at just US$82 in 2019. While the government is focused on improving the delivery of public healthcare services, Fitch Solutions believed that limited public financing, uneven distribution of health services, inadequate infrastructure and a similar shortage of qualified workers will continue to obstruct innovative drug makers wishing to operate in the market.

With a population of over 97 million, Vietnam has prior experience in responding to outbreaks of other infectious diseases including SARS, MERS, measles and dengue. In the case of the Covid-19, Vietnam relied on cost-effective solutions to combat the virus, including strategic testing, contact tracing through apps and effective public communication campaigns.

In addition, it implemented a national lockdown between April 1 and 22. Vietnam’s effective response was enabled by the country’s ongoing efforts to improve governance and central-local government policy coordination, said Fitch Solutions.

At least 110 laboratories across the country can perform real-time polymerase chain reaction testing for Covid-19 diagnosis, with a capacity of 27,000 samples per day. As of April 30, 2020, Vietnam had conducted 261,004 tests, with 967 tests per positive case or 2691 tests per million population. Not only did the country buy 200,000 tests from South Korea, but it also quickly developed its own successful test kits.

The Vietnamese Covid-19 test kit was developed by scientists within a month. It is effective, affordable and fast, diagnosing suspected infections in just an hour. Using WHO-approved techniques, these test kits make it possible to isolate infected people and track down their contacts.

It is also worth mentioning that, unlike other countries that rely on mass testing, in Vietnam, tests are only done on those likely to be infected. Hanoitimes

The Drug Administration of Vietnam (DAV) required all local drug manufacturing, exporting and importing firms to suspend the export of drugs used in...

The upcoming implementation of the EU-Vietnam Free Trade Agreement (EVFTA) is expected to transform the competitive landscape of Vietnam’s pharmaceutical and medical industry. 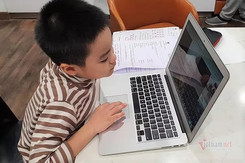 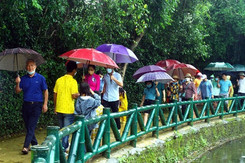 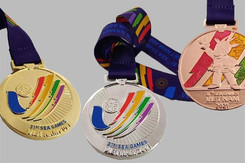