Viet Nam was among the top 10 countries in the world with the largest amount of remittances from abroad last year, with around US$12 billion, according to the Western Union company, which handles money transfers worldwide.

Viet Nam was among the top 10 countries in the world with the largest amount of remittances from abroad last year, with around US$12 billion, according to the Western Union company, which handles money transfers worldwide. 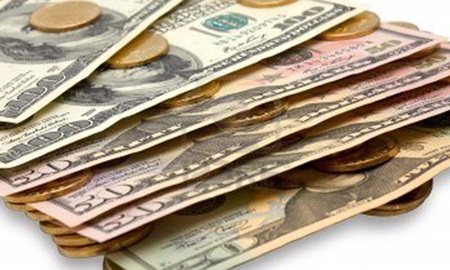 Research results from the Central Institute for Economic Management (CIEM) revealed late last year that from 1991 to 2014 remittances were over $90 billion, equivalent to 8 per cent of national GDP, and the second capital source. It followed foreign direct investment, but was higher than Official Development Assistance (ODA).

"Remittances have sharply increased in the past few years as a result of policies that expanded the money exchange network," Nguyen Hoang Minh, deputy director of the State Bank of Viet Nam's HCM City branch, was quoted as saying in the Sai Gon Giai Phong (Liberated Sai Gon) newspaper.

"There is no limit to remittances, and recipients do not need to pay income tax and are not forced to sell foreign currency to banks," he added.

In addition, commercial banks have invested modern technology to handle large amounts of money, transfer money over a short time, and ensure security.

"Labour export policies have been carried out well and have increased the number of Vietnamese working around the world," a representative of the Foreign Affairs Ministry added.

In recent years, remittances have been used primarily in the property and stock market and for savings as well, but for the last two years, capital focused on production and business.

There are around 2,000 projects that used such capital, and are estimated to bring benefits of $20 billion per year.

However, research results on remittances in Viet Nam, done by CIEM and Western Union company, from September to November 2014 in seven provinces and cities with a large number of overseas Vietnamese, produced different results.

As for investment, the ratio of remittance recipients using the money for savings accounted for the highest proportion, 30 per cent.

The report also revealed that remittances had played a role in providing capital for investors who are not able to access loans from banks.

Forty per cent of those who took part in the survey admitted that remittances had played a very important role in their daily lives.

Remittances from the US to Viet Nam accounted for 57 per cent, followed by Australia, Canada, Germany, Cambodia and France.

For the last two years, remittances from South Korea and China have significantly increased.