Vietnam ready to kick off 2015 season

Vietnam ready to kick off 2015 season

Hai Phong are the winner of the National Super Cup while Binh Duong are the V-League defending champions.

After the Super Cup match, V-League, the national premier league, will begin on January 4 and wrap up on September 20, according to the Viet Nam Professional Football Joint Stock Company, manager of all men's leagues.

A total of 14 teams will compete in the league's two-leg round-robin format. One team will be relegated to the bottom for the lowest number of victories. This means the winner of V-League 2, with eight participants playing from April 11 to August 29, will be promoted and take the place of the V-League's lowest ranked team.

The National Cup will be held from April 4 to September 26.

The organisers have ruled that all V-League participants must have five youth squads from U13 to U21 training under them, and at least four of them have to take part in the national youth championships.

They have also ruled that all V-League 2 participants must have at least three youth squads training under them. 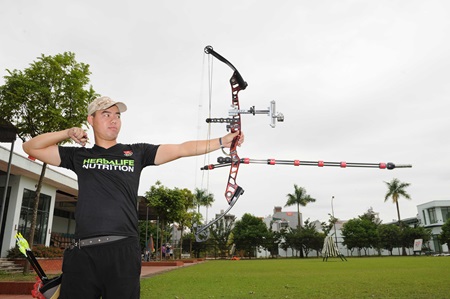 More than 100 fighters from 24 teams took part in the boxing event which began in the northern province of Nam Dinh yesterday. They will compete in 10 men's weight divisions and 11 women's weight categories.

Today, the handball event will begin in Ha Noi, with the participation of four men's and women's teams. Meanwhile, 474 athletes from 56 teams will participate in the athletics events in Nam Dinh.

Dong, wearing the VTV Can Tho jersey, broke free from the leading group about 300m from the tape, finishing milliseconds ahead of runners-up Do Tuan Anh of Domesco Dong Thap 1 and Nguyen Thanh Tam of Hat Ngoc Troi An Giang.

Dong's first win in the race came on December 2 as he took the first stage.

The sixth stage also saw changes in the overall ranking with Le Ngoc Son of Domesco Dong Thap 1 taking the yellow jersey with an accumulated time of 17:30.30.

In second place is Ariya Phounsanath of the CNN crew from Laos.

Huynh Mai Duy who led through the five previous stages, has dropped to the third position.

Anh still leads the race to win the green jersey for best cyclist with 111 points and Loic Desriac of ADC-Vinh Long Television is ahead in the red jersey contest with 28 points.

Dong and Son played key roles in pushing their team Domesco Dong Thap 1 to the top place in the team rankings.

The squad have timed 52:34.36, and are followed by ADC-Vinh Long Television and HCM City 1.