Vietnam’s economy back on track for strong recovery: Singaporean daily

In an article posted on July 12, The Business Times of Singapore cited some economists' opinions that said Vietnam’s economy is back on track for a strong recovery this year. 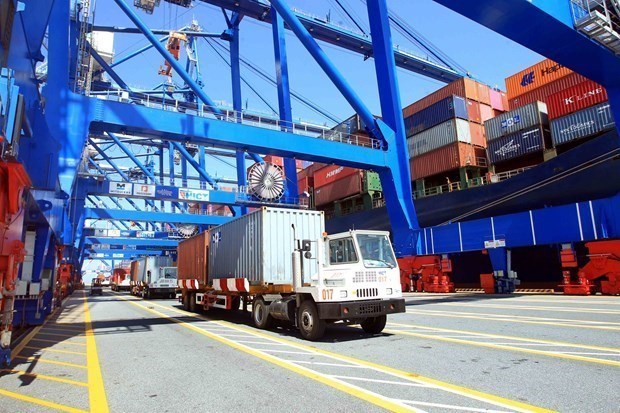 In an article posted on July 12, The Business Times of Singapore cited some economists' opinions that said Vietnam’s economy is back on track for a strong recovery this year.

For the first six months of 2022, foreign direct investment FDI into Vietnam grew by nearly 9% to 10.1 billion USD.

He held that the service sector will continue growing fast when COVID-19 is classified as an endemic disease. The service sector, especially retails, is bouncing back strongly while the number of new businesses is increasing.

He added Vietnam is emerging as an exporter of information and communications technology, and its market share may develop further. The United Overseas Bank (UOB) recently upgraded the country’s GDP growth forecast for 2022 to 7% from 6.5% basing on a simulation that there won’t be any more serious disruptions caused by the pandemic.

The optimism was supported by a higher-than-expected GDP growth rate in the second quarter, at 7.7% compared to the same period last year - the fastest pace in 11 years and much higher than the previous estimate of 5.9%. This strong recovery was driven by manufacturing activities which have accelerated for four straight quarters and the rebounded service outputs which have continued regaining its foothold since the last decline in the third quarter of 2021.