Many weak higher education establishments exist in Vietnam, but it is impossible to dissolve and restructure them overnight.

Contributing his opinion to the draft on restructuring higher education establishments from the Ministry of Education and Training (MOET), Le Viet Khuyen, former director of the Higher Education Department, said in the long term, MOET will not be able to cover a system with many universities. 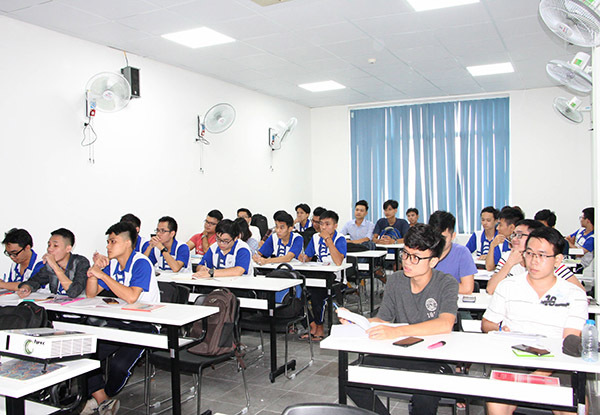 However, if the ministry wants to re-organize the schools by dissolving and merging them, it needs a detailed roadmap with concrete steps.

Many plans on restructuring higher education establishments in the past were drafted and submitted to the government, but they were not implemented.

It would be unreasonable to merge local schools with national schools because they have different missions.

Local schools prepare the labor force for localities, while national schools are central schools which produce bachelor’s degree graduates with national and international stature. The lecturing staff of the two types of schools are different and meet different standards.

A university lecturer in Hanoi said there must be criteria to decide which schools are strong and which are weak. He said that all schools should undergo examination and accreditation.

Weak schools will not be dissolved immediately. The watchdog agency will ask them to stop weak training majors and fix problems. Only if the schools cannot settle the problems will they be dissolved.

He said that one of the important tools to assess school quality is school accreditation and curriculum accreditation.

Hoang Minh Son, rector of the Hanoi University of Science and Technology, said that merging, uniting and connecting universities into large and multidisciplinary ones is a popular trend, especially in the context of stiff competition.

Large universities will have better opportunities and capability to attract investment from the state and businesses for research and training.

According to Pham Minh Hac, former Minister of Education and Training, the higher education network in Vietnam expanded too rapidly in the last 10-15 years. Vietnam will have to dissolve schools which cannot provide high training quality, and it must be done soon, he said.

Hanoi university named in world top 400 in engineering and tech

Hanoi University of Science and Technology (HUST) has been listed among the world's top 400 strongest universities for engineering and technology.