Officials have proposed stricter punishment on those charged with child abuse at a meeting with the government, supervision delegation of the National Assembly and other agencies on January 15. 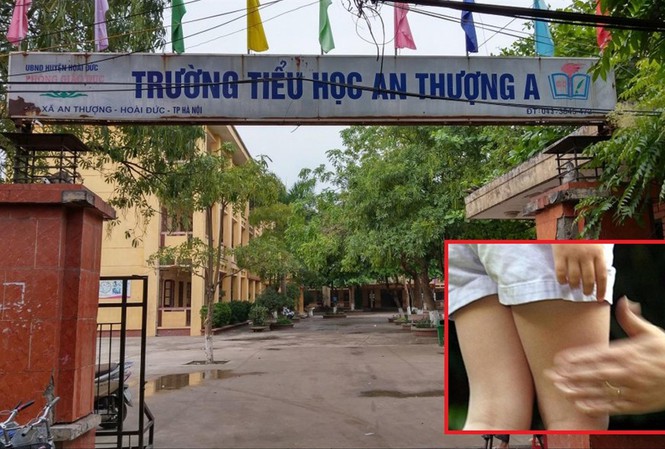 Child abuse case discovered at An Thuong A Primary School

Since early 2015 until mid-2019, over 7,800 child abuse cases were reported in Vietnam including 1,059 male and 7,032 female children. However, the actual numbers might be higher due to unreported cases. The number of abused children reported increased sharply in 2019. 1,400 children were abused in the first six months of 2019, nearly as high as the whole of 2018.

Dangers are very close to home. The number of cases where sexual abusers are family members accounts for 21.3% and domestic violence accounts for nearly 66% of the total cases. Violence at schools has also been registered. In several cases, teachers used frightful punishments on students such as forcing a student to drink water wrung from board cleaning cloth. While a teacher at Hoai Duc Primary School in Hanoi was arrested for sexually abusing nine students.

Nguyen Thi Thuy, a member of the Justice Committee, said, "Schools and homes should be the safest places for the children but they have been abused and suffered injuries by family members and teachers. The government and related agencies must have solutions to prevent and end this issue."

About 1,200 child abuse cases have been discovered and violators were fined. About 261 cases were discovered each year. However, there are still many shortcomings in the prosecution and trial process in 17 inspected provinces. For example, a violator in Chuong My District, Hanoi, was arrested for rape but he was only prosecuted for sexual abuse, stirring public anger.

Tran Thi Quoc Khanh, a standing member of the National Committee for Science, Technology and Environment, added that state officials should also be added to the list. "Even though there are only few cases, we must still add them to the report to show how severe a social problem is and have countermeasures," she said.

Deputy Minister of Education and Training Nguyen Huu Do said the ministry had consulted the government to build a resolution about a safe learning environment. After the abuses cases in Phu Tho and Lao Cai provinces were reported, the ministry had increasingly held more activities to train and improve the school staff quality, ethics and morality.