The Vietnam National Coal and Mineral Industries Group has signed 10 memorandums of understanding (MoU) with foreign companies for an annual supply of about 20 million tonnes of coal.

The Vietnam National Coal and Mineral Industries Group has signed 10 memorandums of understanding (MoU) with foreign companies for an annual supply of about 20 million tonnes of coal. 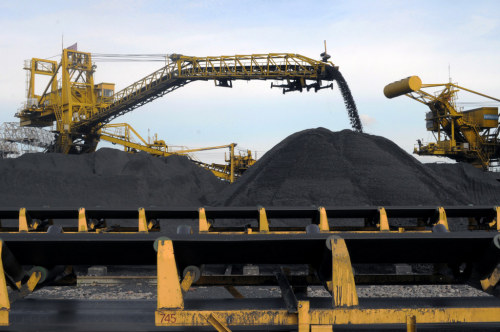 The Ministry of Industry and Trade (MoIT) said that the companies with whom the MoUs have been signed are from Indonesia, Australia and Japan.

The Vietnam Oil and Gas Group also signed contracts with Australian firm Ensham Coal Sales and Peabody, Indonesian firm Tuah Turangga Agung and Japanese firm Sojitz Corporation, besides an MoU with Indonesian firm Noble Group, for the supply of a total 10 million tonnes of coal a year to meet the demand of its thermal power plants.

According to the National Power Master Plan VII for the period 2011-20 with a vision to 2030, thermal power will comprise a large portion of the country's power supply. Therefore, the demand for coal in power production will be high, while the domestic coal supply is not sufficient.

However, a large quantity of imported coal will be difficult to get because of unstable supply.