Vietnam still dreams of becoming an automobile production base

Some foreign automobile manufacturers and car part producers are considering setting up manufacturing facilities in Vietnam. Will Vietnam take advantage of the opportunity to become a production base in the region?

Suzuki Vietnam’s CEO Toshiyuki Takahara said the company is considering making cars in Vietnam when the sales reach a reasonable level. Meanwhile, Mitsubishi Vietnam is planning to set up a new factory with the capacity of 50,000 products in Vietnam, which would also assemble electric cars. 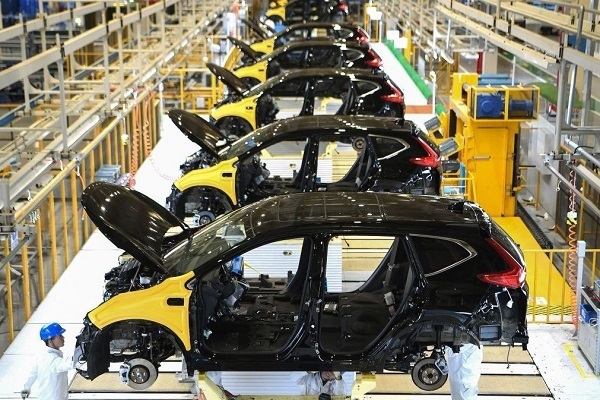 Ford Vietnam has recently completed the upgrading of the assembling factory in Hai Duong province, capitalized at $80 million, raising the total capacity to 40,000 products a year.

Hyundai from South Korea has teamed up with Vietnam’s Thanh Cong Group to build a new factory, with 100,000 products a year, in Gia Vien, Ninh Binh.

Regarding car parts production, the Ministry of Planning and Investment (MPI) said some foreign investors have shown interest in the automobile industry in Vietnam and are waiting for signs from state management agencies.

These are great opportunities coming from the wave of relocationsof production bases after Covid-19.

The Ministry of Planning and Investment (MPI) is building a plan to develop an ecosystem for the automobile industry which is expected to be submitted to the government in the time to come.

Under the plan, Vietnam’s enterprises will be capable of making supporting products highly competitive, meeting 45 percent of needs for domestic production and consumption by 2025 and 70 percent by 2030.

In terms of quantity, it is expected that Vietnam would have 1,000 enterprises by 2025 and 2,000 by 2030, capable of providing components to automobile assembling in the Vietnamese territory. Of these, 30 percent are Vietnamese enterprises.

Vietnam’s automobile supporting industries remain weak. In the personal car segment, less than 80 enterprises provide car parts to 10 original manufacturers, which include 18 first-class vendors and 58 second- and third-class ones.

The manufacturer which has the highest number of on-spot vendors is Toyota Vietnam, with 28 enterprises.

The figure is modest compared with nearly 2,000 vendors in Thailand, an automobile manufacturing base in Southeast Asia. The components provided by Vietnamese vendors are simple ones such as batteries, large-size plastic parts and seats.

Will the dream come true?

Nguyen Minh Dong, a well-known automobile expert, said that in order to become a car manufacturing base in the region, Vietnam not only needs to maintain and expand the operation of original manufacturers, but also needs powerful component manufacturing enterprises.

The problem is that Vietnam needs to attract the world’s leading car part manufacturing enterprises and develop Vietnamese enterprises at the same time.

However, the output of cars with 16 seats or less by original manufacturers in Vietnam is very low, just 200,000 cars of different kinds, or just half of the total capacity. Meanwhile, Thailand puts out more than 2 million products a year and Indonesia 1.2 million.

The low output leads to high production costs. Vietnamese incomes are still low, which explains why only 3 percent of the population have their own cars.

Though the market has high potential, no one can say for sure if Vietnam will become an automobile manufacturing base.

Returning to Suzuki, Toshiyuki Takahara said the investment to make cars in Vietnam is only under consideration.

If relying on imported car parts, investment in Vietnam would be ineffective because of high production costs. Therefore, at this moment, importing CBU cars for distribution in Vietnam remains the most reasonable choice for Suzuki.

MPI said that foreign investors have shown their interest in Vietnam, but are still awaiting ‘signals’ from management agencies. ‘Signals’ means the incentives to develop the automobile industry.

The automobile industry develops based on scale and output. Only when the sales are big enough will production have opportunities to develop.

And in order to obtain a large market, it is necessary to apply policies which allow cars to be made at reasonable prices, competitive with imports, and to encourage Vietnamese people to use domestically made products.

MOIT in 2017 proposed amending the luxury tax law by exempting taxes on the added value created in Vietnam, in order to reduce production costs, thus helping increase the output and increase the localization ratio.

The government, in its Resolution No 115 on solutions to encourage the development of supporting industries, asked the Ministry of Finance to amend the luxury tax law to submit to the 14th National Assembly session. However, this has not been included in the agenda of the ongoing session.

Meanwhile, the enterprises that have made big investments in automobile manufacturing and supporting industries, but still cannot enjoy incentives, may face high risks, because domestically made products can't compete well with imports.