From 2010 to 2018, ENV found 150 cases with violations related to elephant tusks, in which the amount of elephant tusks seized by agencies was up to 53 tons. 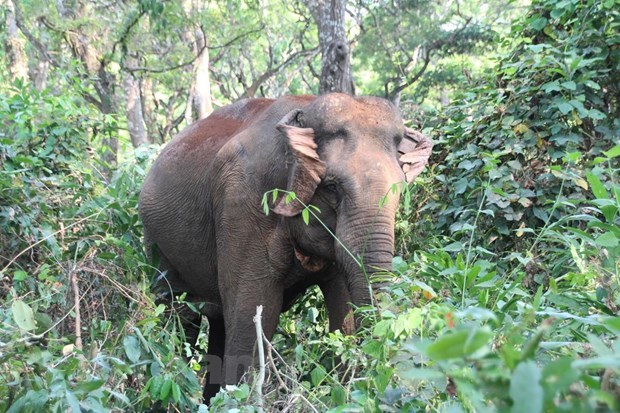 Of these, 30 cases were discovered when ivory was carried to seaports and border gates.

In ‘hot spots’ such as Nhi Khe, ivory is no longer traded in the open air, but this doesn’t mean the trafficking has cooled. The police and agencies seized a large amount of ivory last year.

More seriously, traffickers now can advertise and sell ivory on line, via social networks, which makes it more difficult to discover trafficking rings.

Bui Thi Ha from ENV said Vietnam is not only a potential market for elephant tusks, but also acts as an important transit point trafficking rings use to bring tusks to target markets.

Vietnam is chosen by traffickers as the center where they gather ivory before sending to consumption markets because of Vietnam’s advantageous geographical position and ineffective enforcement of laws.

In most cases, where the subjects were caught at seaports, appropriate agencies could not find the leaders of the rings who were behind the ‘bogus’ companies which imported ivory illegally.

“This shows that Vietnam succeeds in discovering and seizing ivory, but not in dealing with violations,” Ha commented.

ENV believes that seizing elephant tusks will only reduce the profits of traffickers, but will not prevent crime. Only when the leaders of the rings can be found and heavily punished will Vietnam be able to deter this kind of crime.

Dealing with the ‘legal loopholes’ regarding wildlife traffickers, Ha said ENV finds it difficult to report to the police and agencies about its discoveries.

In many cases, the agencies cannot truly assess the seriousness of the advertising and illegal trading of ivory on the internet.

Vietnam is storing 50 tons of ivory at state’s facilities, but there has been no final decision on how to deal with it.

In 2016, on the threshold of the Hanoi Conference on fighting against international wildlife trafficking, Vietnam for the first time destroyed 2 tons of elephant tusks and 70 kilograms of rhino horns, an action praised by the international community.