The Ministry of Industry and Trade (MOIT) has asked the Prime Minister to approve the Trung Nam – Thuan Nam solar power and electricity transmission line project. 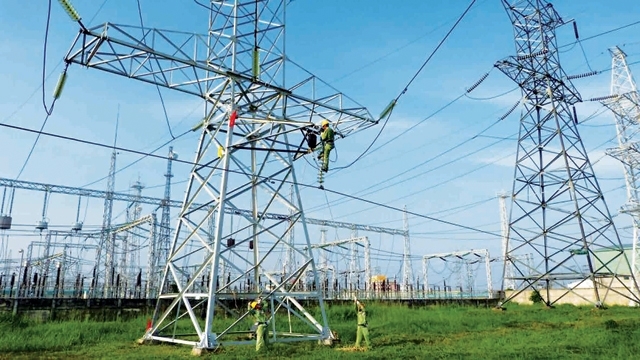 The project has total investment capital of VND12 trillion, 70 percent of which will be borrowed.

According to the ministry, the investor has committed to transfer the system to the Electricity of Vietnam (EVN) for operation, free of charge (at zero dong) by 2020. If EVN refuses the transfer, it will continue operating the system under a policy set by the agreement between EVN and the National Power Transmission Corporation (EVNNPT).

If the investor implements the electricity transmission infrastructure on schedule as committed by 2020, the Thuan Nam transformer station operates four years ahead of schedule, and the 500 KV Thuan Nam – Vinh Tan Thermopower Station operates two years ahead of schedule, this would allow both to reduce the costs and use up electricity from renewable power plants in the region. The plants now have to operate at moderate level because of weak transmission capability.

Ninh Thuan and Binh Thuan have the highest numbers of solar power plants, while the regional transmission network is weak, which has led to overloading. Reports show that many transformer stations and transmission lines have overloading of over 200 percent.

The National Power Regulatory Center warned that if no measures are taken, by 2020 the situation will become more serious, while the risk of incidents and breakdowns of power grids is very high.

As a result, solar power plants cannot run at full capacity, at a time when Vietnam is still seriously lacking electricity and has to import electricity from China.

MOIT Minister Tran Tuan Anh said days ago that the ministry will propose to amend the Investment Law and Electricity Law to allow private investors to invest in electricity transmission lines.

“MOIT will join forces with other ministries to propose amending some relevant laws to diversify the types of investment in power transmission, including the 500 kV transmission line,” Anh said.

“However, Vietnam will maintain the state’s role in management when private investors build transmission lines, so the BT investment mode may be considered,” Anh said.

The country’s feed-in tariff has supported a boom for Vietnam’s solar sector, but now the Ministry of Industry and Trade proposes a rate reduction in order avoid solar projects becoming a victim of their own success.