Minister of Foreign Affairs Bui Thanh Son will attend the Organisation for Economic Cooperation and Development (OECD)-run Southeast Asia Regional Programme (SEARP) Program on February 9, with the nation set to be the next chair of the Program. 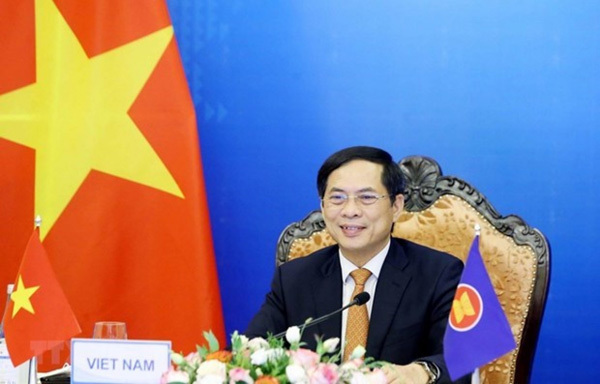 According to information released on February 4 by the Republic of Korea (RoK)’s Ministry of Foreign Affairs, as part the occasion of his attendance at the meeting, Minister Son will pay an official visit to the RoK from February 8 to February 12.

Within the framework of this visit, both countries are set to hold a foreign ministerial meeting on February 10 as a way of discussing ways to step up bilateral co-operation in the lead up to the two countries' 30th anniversary of diplomatic ties, which first began on 1992.

SEARP remains one of the five regional programmes specifically for non-member countries that promote OECD values and support membership.

An OECD member and a non-member country will serve as co-chairs, with the RoK and Thailand co-chairing the scheme from 2018 to the present.

Senior officials from 10 ASEAN member states, along with Mathias Cormann, secretary-general of OECD, will participate in this meeting via both in-person and online formats.

The first session of the high-level policy dialogue programme on digital technology will be hosted by Young-sook, economic advisor of the RoK Presidential Office and chair of the Special Committee for New Southern Policy.

Furthermore, the second session discussing green growth will be chaired by Andrea Schaal, director of Global Relations at OECD.

Vietnamese Minister of Foreign Affairs Bui Thanh Son has affirmed that Vietnam had a successful tenure as a non-permanent member of the United Nations Security Council (UNSC) for 2020-2021.