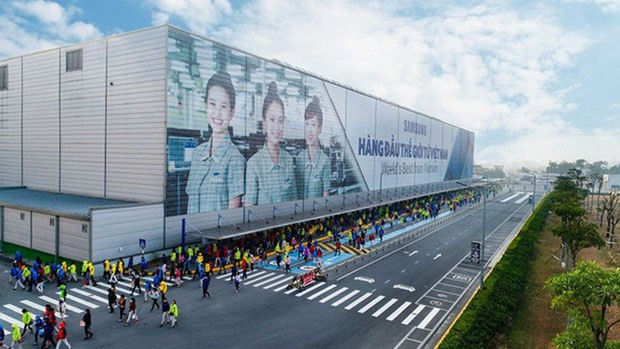 According to Yoshinaga Kazuyoshi, General Director of Goertek Vina, a company that specialises in producing electronic devices, network equipment and multimedia audio products, the group has decided to make Vietnam its largest base abroad, with Nghe An selected as the location to expand production. Since the beginning of this year, Goertek has raised its total investment capital in Vietnam to 1 billion USD. The figure is likely to grow to 1.5 billion USD in the coming years.

Many other large foreign corporations also have factories in Vietnam, including Samsung, LG, Foxconn and Intel. The US chip manufacturing corporation Intel is making a plan for the second phase after investing 1 billion USD in the first stage.

Recent surveys conducted by the European Chamber of Commerce (EuroCham) and the Japan External Trade Organisation (Jetro) showed that investment flows are recovering after the COVID-19 pandemic and Vietnam continues to be a favoured destination.

According to a report recently released by the International Finance Corporation (IFC) under the World Bank, multinational corporations are planning to significantly reallocate investments in East Asia - Pacific and Europe - Central Asia. Notably, up to 190 out of 1,060 respondents - accounting for about 18% - said that China will be one of the three countries where they expect to reduce investment the most.

Companies like Goertel, Foxconn, Compal, Luxshare and Pegatron are the leading ones in providing business process outsourcing (BPO) services. These enterprises have increased their investment in Vietnam in recent years.

According to Yan Liu, a World Bank economist, the "China plus one" trend and the shift of production closer to the final market are driving investment away from China.

Businesses are looking to expand operations in other developing countries such as India, Indonesia, Brazil, Philippines, Vietnam and Malaysia, she said.

The "China plus one" strategy and the trend of shifting investment away from China have developed strongly since the outbreak of COVID-19. In this regard, Vietnam has benefited and the opportunities are more open than ever with China still applying its "Zero Covid" policy.

If Vietnam capitalises on this, it will attract a larger amount of investment. The country could enjoy up to a 4% increase in investment if multinational corporations reallocate in the next few years, the report said.