Vietnam is preparing to ship the first batches of chicken to Russia after the Russian Federal Service for Veterinary and Phytosanitary Surveillance allowed imported chicken from Vietnam.

Nguyen Van Long, deputy director of the Department of Animal Health, confirmed that the products of CP Vietnam have been certified by the Russian agency as meeting the requirements set by OIE (World Organisation for Animal Health) and Russian standards. 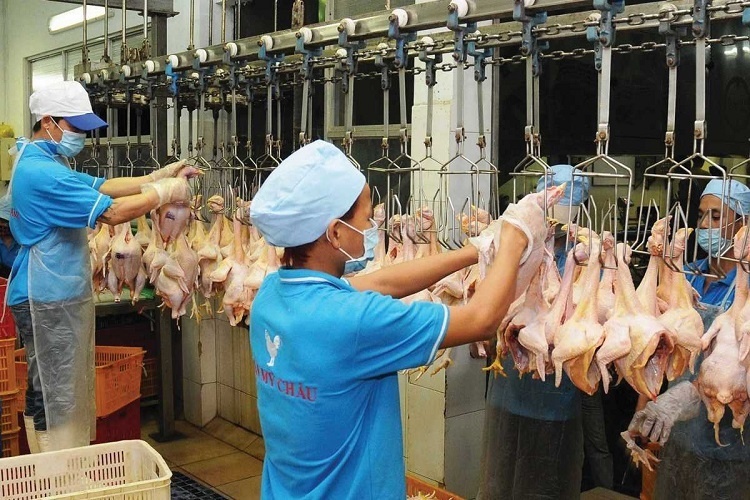 Vietnam’s processed chicken exports continue to increase in 2020 with Koyu & Unitek in Dong Nai province being the major exporter. The company plans to export 3,625 tons of processed chicken, worth $20 million this year.

CP Vietnam plans to export its first batch of chicken to Japan in June. The company believes that it can export 3,000 tons of chicken each month to the market and try to penetrate other markets.

Vietnam has made considerable improvements in animal husbandry skills, epidemic risk management and food safety. Fowl breeding nationwide has obtained a annual growth rate of 6.5 percent per annum. MARD reported that Vietnam exported $11 million worth of chicken in 2019.

However, it is not easy to meet international standards, especially in a global economic slowdown because of Covid-19.

Vietnam has been behind Thailand in accessing the Japanese market, though many livestock companies affirm that the quality of their products is equal to Thailand’s.

Japan every year imports 1 million tons of poultry meat each year, but it mostly imports products from Brazil, Thailand and China. In 2017, when Vietnam was preparing to export its first consignment of chicken to Japan, Thailand had just finished a prosperous year with 700,000 tons of exports to Japan and other markets.

Only some large companies in Vietnam are capable of exporting processed chicken. Vu Manh Hung, general director of Hung Nhon JSC in Binh Phuoc province, which began exporting chicken to Japan in 2017, said to be eligible for exporting products to Japan, the company has to make high investments.

The continued increase in processed chicken exports in recent years has encouraged enterprises to make big investments to develop herds of fowls.

Phu Gia Farm Produce sent its workers to Hungary to learn experiences from Master Good with 100-year experience in fowl breeding as part of its plan to set up a breeding and processing facility in Thanh Hoa.

The Vietnamese livestock industry is expected to attract professional producers in the coming years.