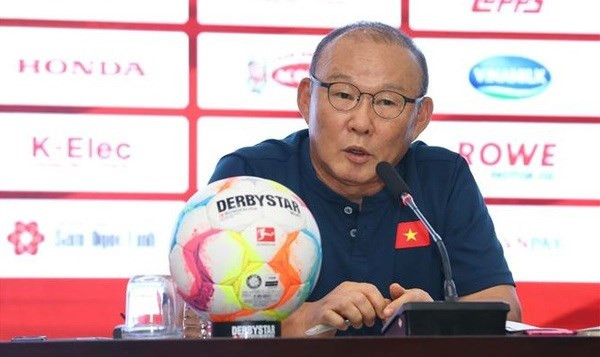 Vietnam's head coach Park Hang Seo speaks at the press conference (Photo: VNA)
According to the Vietnam Football Federation (VFF), the match has an important meaning for the Vietnamese team in their preparations for the AFF Cup 2022 that will kick off in January 2023.

Park said that he has yet to decide on the squad to play in the friendly which he called a bit hard for the Vietnamese team as it has just gathered for the AFF Cup.

Borussia Dortmund coach Edin Terzic said that he is delighted to bring his men to Vietnam for a match against the national team. 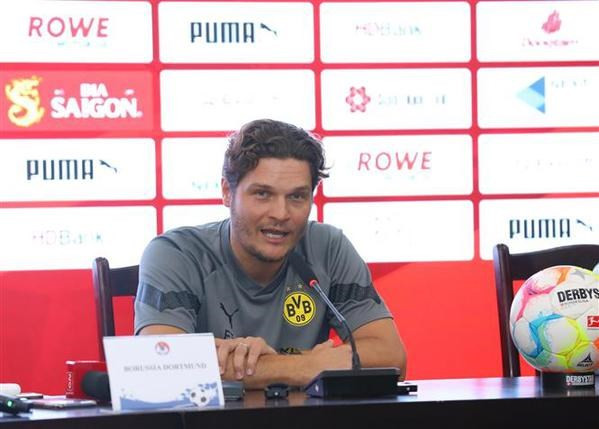 Borussia Dortmund coach Edin Terzic (Photo: VNA)
He said that to prepare for the friendly, he had watched a number of matches of the Vietnamese team and found that this is a good team with confident players and many achievements. Terzic said he hopes the friendly match will help the Vietnamese team gain a good experience before the AFF Cup takes place, adding it will not be easy.

The coach said that he has had a good time in Hanoi and thanked Vietnamese fans for their sentiment to his team.

The match will take place at 7pm on November 30 at My Dinh Stadium, and be broadcast live on Vietnam Television VTV 2 channel and other social networking platforms./. VNA