The Government of Viet Nam is building open mechanisms to mobilise private investment in power projects, especially in renewable energy (RE). 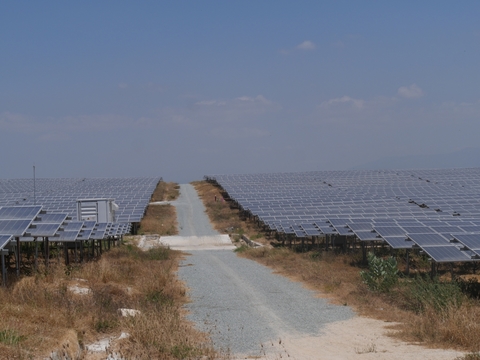 According to the Ministry of Industry and Trade (MoIT), in implementing the policy of the Party and Government in encouraging and creating favourable conditions for all economic sectors in local energy development, MoIT and other ministries proposed legal frameworks to build incentive mechanisms and encourage the development of renewable energy projects.

Recently, the MoIT has submitted to the Prime Minister for approval a mechanism to sell electricity from renewable energy projects, such as wind, biomass, and waste-to-electricity and solar power, according to the Feed-in Tariff (FIT) for 20 years.

Compared to the actual mobilised oil power data as per Vietnam Electricity's forecast, diesel electricity has decreased by 2.17 billion kWh in 2019 and 4.2 billion kWh in 2020, saving about VND10.85 trillion to VND21 trillion(US$471 million – $913 million).

Hoang Tien Dung, director of MoIT’s Department of Electricity and Renewable Energy, said: “Renewal resources have actively supported the supply of electricity to the north of Viet Nam when it lacked power as the load increased in May and June.

“Renewal resources are contributing to ensuring electricity supply for the whole of the 2021–2025 period. Thus, it can be seen that renewable energy sources have contributed significantly to ensure electricity supply for socio-economic development and people's daily needs, reduce greenhouse gas emissions and other emissions in Viet Nam,” Dung added.

In this case, Viet Nam is developing a mechanism to attract investors, said the director, emphasising foreign investment in BOT power projects has increased significantly in recent years, reducing capital pressure for the Government in important infrastructure projects, especially those requiring large amounts of capital and complex technology.

This makes an important contribution to the supply of electricity to the national power system, especially as State-owned corporations face difficulties in investment capital for power projects.

However, he also said some shortcomings in mechanisms and policies are barriers for some investors.

In order to attract economic sectors with conditions to participate in the development of the energy sector more actively, the ministry was studying and amending the Electricity Law to have a basis for socialisation of electricity transmission activities, in order to remove bottlenecks in energy infrastructure.

At the same time, it is studying mechanisms and policies to encourage private investment in renewable energy sources, such as directing the electricity purchase and sale mechanism, and bidding mechanism for investors.

Dung said the implementation of this mechanism will take more time, but it will be fairer and more transparent for investors, ensuring harmony and balance between the development of renewable energy projects and the transmission grid.

At the same time, energy experts said to attract private investors for power projects, the main solution was still through price policy, adding once the electricity price policy was appropriate, investors in the electricity industry can ensure reasonable profits, and power projects will be attractive enough for domestic and foreign investment, as well as the public and private sectors.