Times Higher Education (THE) on September 2 made public the ranking of the world universities, which shows the rankings of 1,527 education establishments in the world. 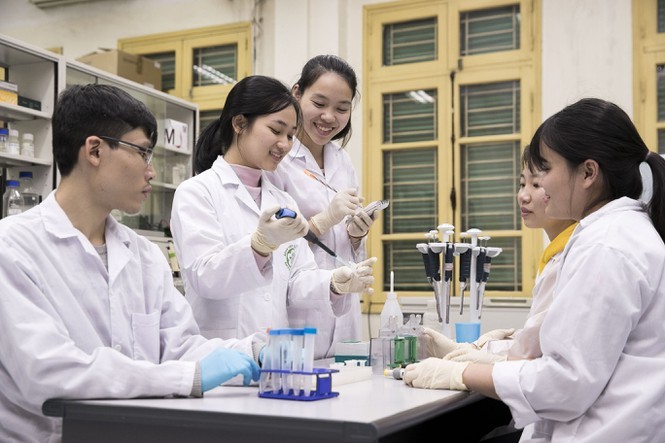 This is the second time the Hanoi school has been listed in the ranking group.

Meanwhile, Hanoi University of Technology and Science and Vietnam National University, HCM City (VNU HCM City) are listed in the group ranked 1001 and above.

Most notably, Harvard University jumped from seventh to third in the ranking.

The regional schools with similar ranking as VNU Hanoi (from 801st to 1,000th) include King Mongkut’s University of Technology Thonburi (Thailand) and Universiti Tenaga Nasional (Malaysia).

It has for the first time been listed among the group of universities from 101st to 150th in QS 2021’s 50 young universities.

THE ranks universities around the globe based on the core missions of universities and according to standard sets of metrics to provide fair and comprehensive comparisons.

Based on the SCOPUS scientific database (by Elsevier Publishing House), independent surveys and the data provided by universities, THE’s scoring and data processing is supervised by PricewaterhouseCoopers (PwC) , an independent professional auditing organization.

VNU Hanoi indexes all increased in the 2021 ranking. Particularly, the research index increased by 8.8 percent, citations index 8 percent, teaching 2.3 percent, and industry income 1.6 percent. Its overall score increased from 24.86 to 26.24, or 5.5 percent.

Is a legally independent university ranking system needed in Vietnam?

Thirty tertiary education establishments in Vietnam and ASEAN have been ranked and rated with stars in accordance with the UPM (University Performance Metrics) system by a research team from the Hanoi National University.

The University Performance Metrics (UPM) released by the group of scientists shows that five schools received a 5-star rating.