Four Seasons Hotels & Resorts, the group which specializes in providing luxury resort services, has revealed the schedule of the most expensive tour in the world which costs $270,000 (VND6 billion) per traveler. 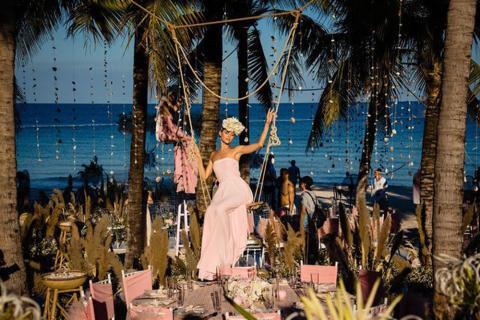 Hoi An in Vietnam will be one of the destinations of the costly trip. Travelers would depart in Dubai (UAE) on A321 neo, travel to Vietnam, Cambodia, Thailand, Seychelles, Tanzania and Rwanda before coming back to Dubai.

The trip is introduced by Four Seasons Hotels & Resorts, commencing from December 2021.

Asked what Vietnam has to receive super luxury travelers, Nguyen Van My, a respected tourism expert, said the ones who can answer this question the best are insiders who receive these tourists.

However, My commented that what these travelers want are satisfaction and originality.

A lot of VIP tours designed for ultra rich people, luxury wedding ceremonies and specific trips have been introduced recently. Phu Quoc Island and Da Nang, the city with one of the six most beautiful beaches in the planet as recognized by Forbes, now catches the attention of billionaires.

In March 2019, Vietnam appeared in international media when the wedding ceremony of an Indian billionaire couple was organized. The event gathered 700 guests and the cost was tens of million of dollars.

The ultra rich guests had a memorable week at JW Marriott Phu Quoc. Analysts say that the event paved the way for Indian billionaires to travel to Vietnam in the future.

Ambassador Pham Sanh Chau said this is a great opportunity for Vietnam and Kien Giang province to popularize Vietnam’s tourism to the world and India.

The wedding was watched by millions of Indian citizens. He believes that after the event, more Indian travelers will come to Vietnam and more super luxury weddings will be organized in the country.

In late November, the wedding of the daughter of an Indian billionaire was also organized at a 5-star resort in Da Nang, with hundreds of participants.

Indian billionaires chose Da Nang after the introduction by the Vietnamese Embassy in India.

My thinks that in order to attract and retain VIP and super luxury travelers, government leaders should receive them, send gifts, thank them and express their willingness to introduce more travelers.