At an online meeting of the UN Security Council on February 10 on the threats posed by Islamic State in Iraq and the Levant (ISIL/Da’esh), Vietnam’s representative Ambassador Pham Hai Anh expressed concern about the rising risks of IS terrorists exploiting the difficulties caused by COVID-19.

He stressed that the comprehensive and sustainable solution to the issue is to foster economic development, build a culture of peace, promote national reconciliation and enhance communities’ capacity to respond to extremist violence and terrorism. He reaffirmed Vietnam’s commitment to international efforts to fight terrorism globally under the coordination of the UN.

At the meeting, Vladimir Voronkov, Under‑Secretary-General for Counter-Terrorism and the head of the United Nations Office of Counter-Terrorism, briefed the 15‑member organ on the Secretary‑General’s 12th biannual strategic report (document S/2021/98) on ISIL threats.

Voronkov said the pandemic did not enhance the risk of terrorism in the short term, but it worsened the root causes of terrorism in the medium and long term, while detracting attention and redirecting resources of countries from long-standing counter-terrorism policy challenges.

Michèle Coninsx, Executive Director of the Counter‑Terrorism Committee Executive Directorate (CTED), said the IS is intensifying its activities in Africa, thus worsening the humanitarian situation in the region.

The rapporteurs called on countries to act to address the situation of thousands of individuals, mostly women and children, suspected of having links with ISIL and held in prisons in Iraq and Syria, so as to prevent security and extremist risks from arising in the long run.

Speakers at the meeting also urged addressing the root causes of terrorism, including economic difficulties caused by the pandemic, while stressing that counter-terrorism measures must conform to international law./. VNA 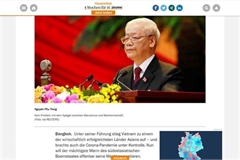 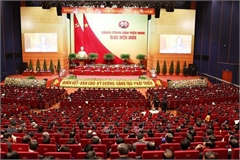