The Covid-19 epidemic has devastated key transportation sectors, of which the aviation industry has suffered the most. 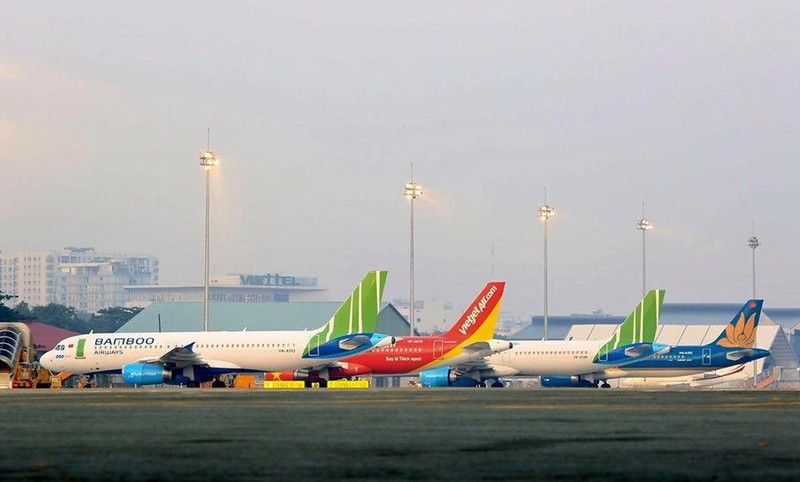 The Ministry of Transport (MOT), in its document to the Ministry of Planning and Investment (MPI), showed that total losses incurred by three state-invested companies, namely Vietnam Airlines, Airports Corporation of Vietnam (ACV) and the Vietnam Air Traffic Management Corporation (VATM), may reach trillions of dong.

According to MOT Deputy Minister Le Anh Tuan, Vietnam Airlines suffered the most. Its combined revenue in the first three months of 2020 was VND19.212 trillion, a decrease of VND6.712 trillion compared with the same period last year. The air carrier reported a loss of VND2.383 trillion.

If the epidemic ends in Q4, its total revenue would be VND38.14 trillion, or VND72.411 trillion lower than planned, and it would take a loss of VND19.651 trillion this year.

The national flag air carrier has stopped flying on international routes and only maintains domestic air routes at a minimum level.

Vietnam Airlines was reported as having VND3.5 trillion in reserves earlier this year. However, the money has run out.

The corporation’s short-term balance as of March 20 had reached VND3.568 trillion, while the cash flow is estimated to see an accumulative deficit of approximately VND15 trillion in 2020.

Therefore, commercial banks may refuse to continue providing loans to Vietnam Airlines and its subsidiaries. In addition to short-term loan of VND3.517 trillion by the end of 2020, Vietnam Airlines needs financial support of VND12 trillion from the state and the money needs to be disbursed from April 2020.

As for ACV, the revenue of Q1 was VND4.064 trillion, down by VND832 billion compared with the same period last year.

ACV has exempted and reduced seven kinds of services under its jurisdiction from March 1 to August 31.

About 41.7 million foreigners visited Vietnam by air in 2019.